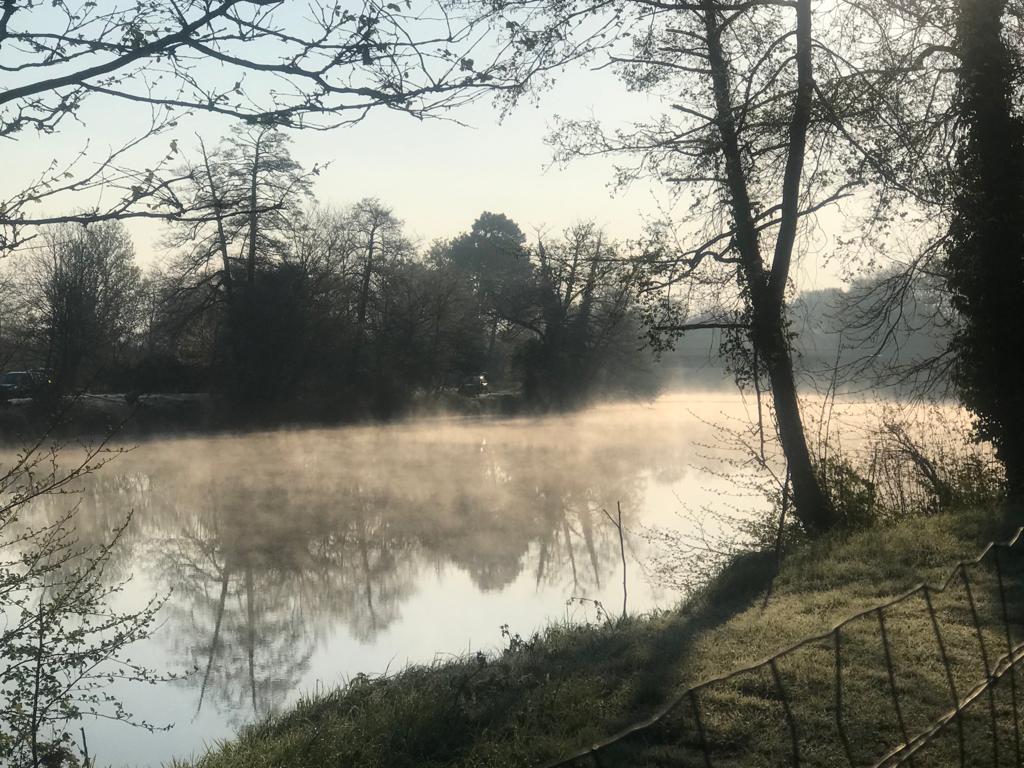 On leaving Poupot we drive the short distance back to Mortigna Sur Gironde, bordering the banks of the Gironde estuary, its a small town and we find a lovely spot right next to the marina opposite a row of what once were traditional French houses now home to bars, restaurants and a Brocante.

Before we left Poupot the weather was warming up and mosquitoes had been out in full force and they love John he is looking like a dot to dot!!

Just as we are about to leave here we hear the commotion next door and it looks like our neighbour has locked his keys in his motorhome so John gives them a hand breaking in!!

Heading inland we stop off at Chateau Brives. George and Sarah have given us permission to take photos of their amazing Chateau.

Featuring in the tv programme Escape to the Chateau DIY, the architect who designed the building in 1823 incorporated some of the interesting items from his travels around the world, but the standout feature from this tv programmes Chateau isn’t a room at all, it’s the staircase. It’s a copy from the Queen’s House in Greenwich and has been restored to look as amazing as it would have done when the château was first built.

After spending the night at Gente where the wind and rain continued well into the night we wake to the sound of aircraft at nearby Chateaubernard. The base is home to the Ecole de Pilotage de l’Armee de l’Air, the air force pilot training school.

It was also used by the German Luftwaffe in World War II. The Luftwaffe’s operations included anti-submarine Focke-Wulf Fw 200 Condors as late as July 1944.

After seeing the village of Salles Lavalette on the tv programme New life in the sun we decide to stop and have a look. We arrive to find the weekly market taking place but with just 3 stalls it doesn’t take us long to look around and the few shops here are all closed.

The Sartier watermill had not been turned over for more than 40 years but returned to service in 2009 thanks to the volunteer efforts of the residents, and it’s now possible to try the bread made with the flour milled here.

Poised on a steep hill above the Dronne River, is the pretty village of Aubeterre Sur Dronne with houses in the traditional local white stone. On a walk up the hill, we find the square that has attractive shops and bars with amazing views.

Saint-Médard-de-Guizières is the last place we stay at before house sitting again. Twinned with the village of Wedmore in England since 1975 it seems to us more like a town and a little run down, apart from the bakers all the other shops are closed if not boarded up. Being a Saturday we opt for staying at the camping car park (pass’etapes) down by the river and enjoy the view, it’s very popular with fishermen.

Once again the warm weather doesn’t last long and over the last few days, we have had hailstones rattling against the windows, high winds and frost it’s freezing. Each day we braved the elements and go out for a walk then return to the Motorhome to pull the curtains and get the heating on.