Couple of days in Luxembourg 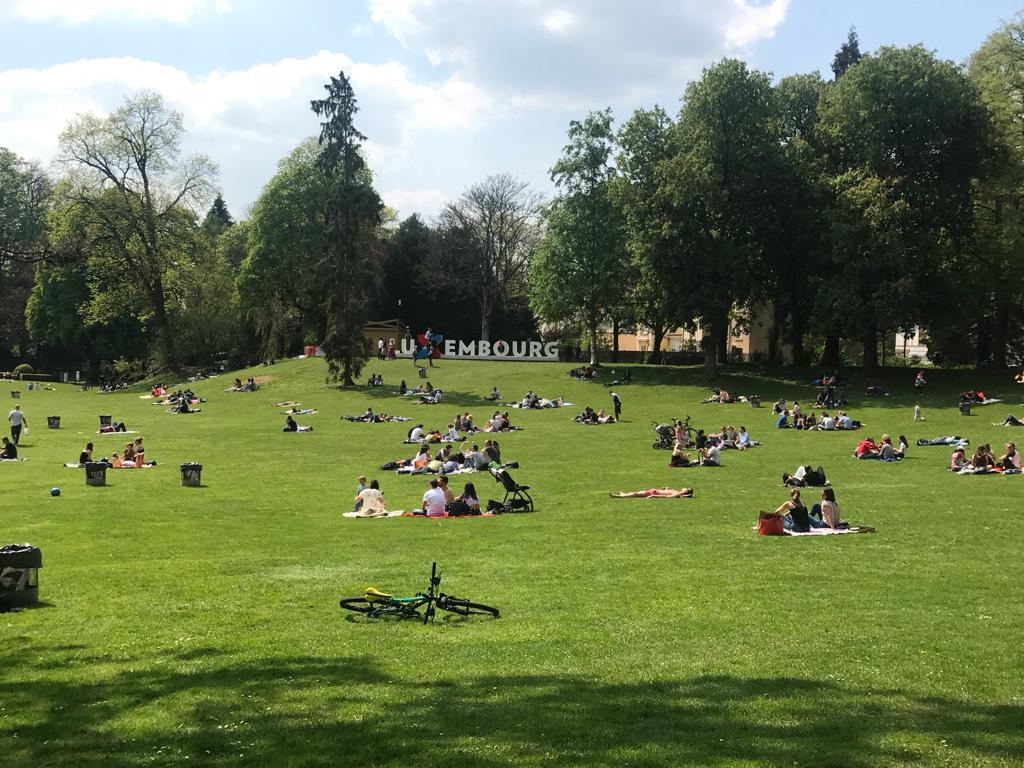 Another border crossing we now find ourselves in Luxembourg and at last the sun is shining. It’s surprising how quickly the landscape has changed.

We really weren’t sure what to expect and even though it looks a little too new in places it still has plenty of small towns and charming villages dominated by old pointy buildings, and numerous museums. With beautiful unspoiled hilly landscape, Forests, steep-sided gorges and rivers.

Passing through the town of Wiltz, known for its beer. We only stop to walk up the steep hill to see the Tower from here we get fantastic views across the town.

As we continue to drive through the Nature Park in Upper Sauer we find the village of Liefrange. There is a lovely new aire with views over the valley and forest so we stop here. We decide to cycle to the next village but after a short distance going downhill I point out to John that going back up these hills are going to be somewhat of a challenge for me so we turn around.

So the rest of the afternoon is spent sitting outside making the most of the sun. The chap that owns the site has been cutting the grass and we assume at some point he will walk over to collect our money. We watch as he tidies up gets into his car jokingly I said “He’s going drive up here” we are literally a few feet away from him, but that’s exactly what he does. They are only 5 motorhomes here and he slowly drives to each one, he is a lazy Mister Fiddler.

Next morning after running out of milk we discover that it’s a bank holiday in Luxembourg so when we arrive at the village of Esch sur sure we are surprised to see a Brocante taking place.

Just 1 kilometre west of Esch-sur-Sûre, in the heart of the Upper-Sûre Natural Park, lies the Upper-Sûre Lake dam, built in 1961. The lake not only provides drinking water and generates electricity, but is also in demand as a leisure facility. Apart from the protected area supplies drinking water, which stretches back some 5 km from the main dam a range of watersports is possible.

Luxembourg City is a big place with lots of new buildings. We park up and walk to Guillaume square which is full of restaurants and bars it’s heaving. Across the square outside of the town hall is the statue of William ll. It’s so busy we have a quick walk down to the river then head back to find somewhere quiet.

Mondfort Les Bains is where we stop for the night. It is right on the Belgium/French border.

Home to the only casino in Luxembourg it is a small town in the south-eastern part of the country, protected from the winds by the surrounding hills.

Mondorf Thermal spa is situated in a magnificent park of approximately 50 hectares, with woodlands and plants, flower borders, grassy lawns we have a walk through here where everyone is out enjoying the sun.

In 2017 it saw the fourth stage of the  Tour de France start from here. Right next to where we are parked for the night is a large bike in memory of this.

It’s a bit strange where we have parked for the night, situated amongst houses and shops there is space for 7 motorhomes but the bays are very narrow fortunately there are only 4 motorhomes otherwise it would be very cosy. Apart from the birds, well especially the crows making a noise in the trees above us until late it’s a quiet night. We wake to the sound of workmen digging up the road just behind us.

It looks like it’s going to be another sunny day so we get ready to move, let’s hope the suns here to stay.

2 thoughts on “Couple of days in Luxembourg”