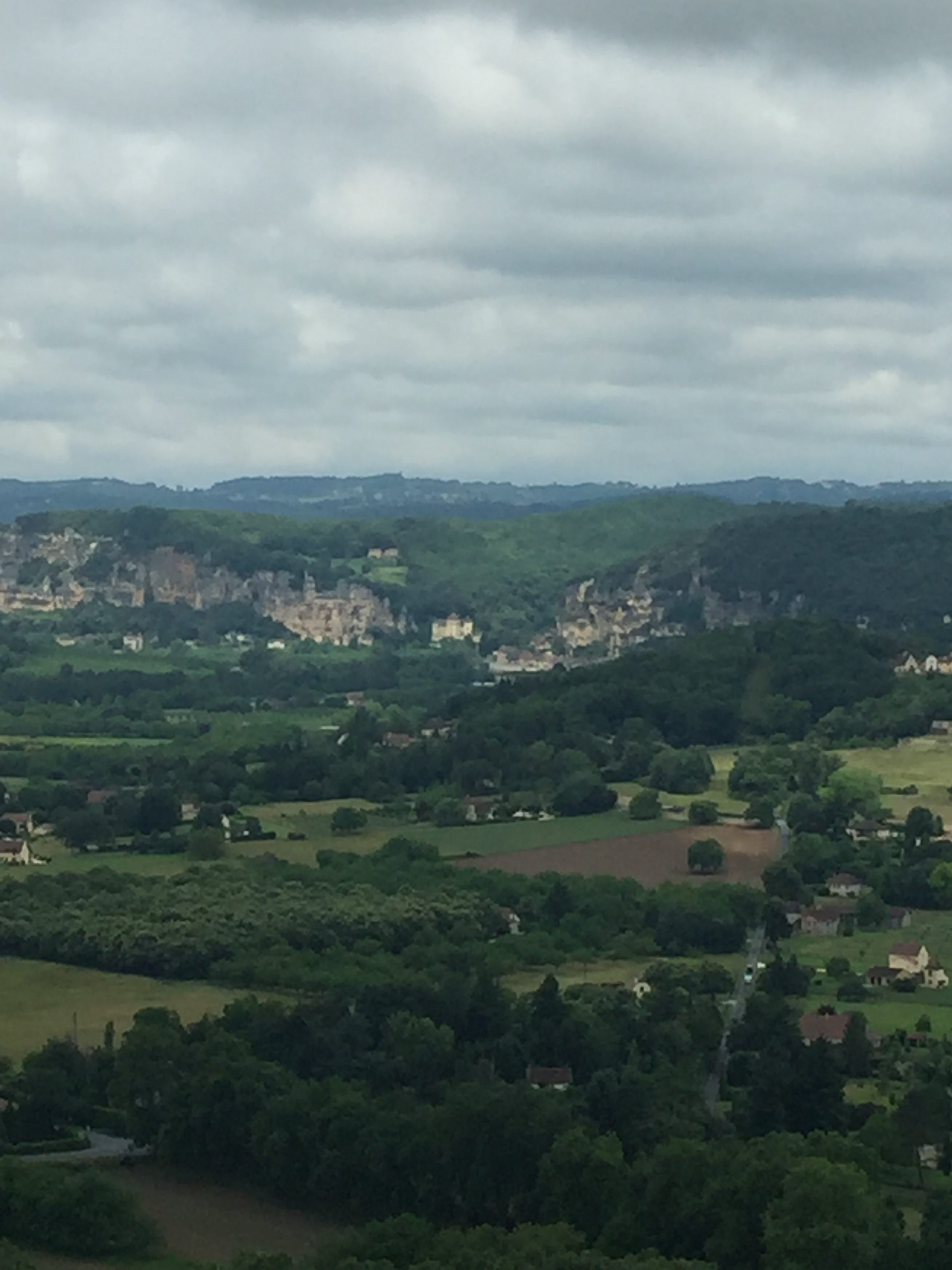 It’s been an interesting few weeks, that as seem us travel through the Charente into the Perigord region before heading towards the Pyrenees, each department offering something different.

The Perigord region is known as the land of a thousand chateau and has been inhabited for over 400 000 years. The rivers Vezere and Dordogne flow through this part of France. There is an abundance of lovely traditional villages with cobblestone lanes and stone buildings.We have stopped at lots of lovely, interesting and sad places in the last few weeks, here are some of them.

The mill at Le Moulin

A short distance from Ruffec is Verteuil-sur-Charente where we go in search of the restaurant Le Moulin. It featured in the tv programme by the chef James Martin. It is renowned for its Brioche and it certainly doesn’t disappoint. Freshly baked each day in the mill ajoined to the restaurant. It’s the size of a small loaf, light and buttery it’s amazing, totally worth the €6.10. Situated on the river you get a good view from here of the Fairytale Chateau owned by the La Rochefoucauld dynasty.

La Chateau de Hautefort
Set on a hillside it stands out for miles. The Chateau is magical looking with vast immaculate gardens. Inside the rooms are grand and my favourite is the original dining room overlooking the gardens. Tunnels run the length of the chateau which I found creepy. Owned by several families over the years it was restored by La Barone de Bastard after the fire in 1968. To ensure it’s future preservation, the Baroness donated the chateau to a foundation.

Montignac
This pretty village on the Vézère River is most famous for being home to the Lascaux Caves. We both like it here so decide to stay the tonight. We have a wander round the village and along the river, where you can see the old houses that have balconies on the top floor built out of wood and raised on wooden beams, giving great views across the river.

Musee National de Prehistoric at Les Eyzies-de-Tayac
When John suggested we go here I wasn’t too sure but this gives you an insight into how skilled our prehistoric ancestors were. From the timeline of human development to a vast collection of artefacts; bones, jewellery and tools. If you go up to the terrace there is a fabulous view from under the cliffs.

Under the cliffs at Tayac

La Maison Forte de Reignac, Tursac
With thousands of years of history, the Chateau is built into the cliffs. It takes you back through time and shows you how people used to live. It is a steep walk up to the entrance and once inside there are several more flights of stairs that are old and uneven. Eventually, we make it up to the ‘eagles nest’ where the view is amazing. We can see our motorhome in the car park which looks rather small from up here.
On the way out there’s a rather scary torture exhibition at the end, which is definitely not for the faint-hearted.

Amazing Chateau built into the caves

La Roque Gagea
This as to be one of the prettiest villages we have been to. Although only a small village it’s little more than a row of riverside houses squeezed between the Dordogne river to the front and sheltered by the overhanging cliffs behind, it is very picturesque. We park at the far end of the village with the other motorhomes. Our French neighbours explain that the ticket machine doesn’t seem to be working. Not that we disbelieve them but we check for ourselves as we pass, we don’t want a parking ticket. The queue of French people forming next to it can’t seem to work it either, so we have no hope!
During the day it’s a busy village but by 8 pm there’s only a handful of people, so we sit by the river with a cup of tea.
Next morning we wake to find a parking ticket on the window screen, and our neighbours have already left. Either they didn’t know how to work the machine or they knew to leave early before the parking attendant arrived!!

Luzech
The aire we stay at tonight is on the outskirts of Luzech at the front of a run-down campsite. Before we have a chance to decide whether to walk or cycle into the village it starts to rain and oh does it rain. It continues well into the night and starts again early next morning. Eventually, we drive along to the village but only manage to call into the post office, have a look at the river and a quick walk around the market before heading back.

Just outside of Luzech, where John gets told off for using the hosepipe

Moissac
After getting stuck in the mud this afternoon we decide to spend the night here. Situated on the banks of the Tarn the area is dominated by orchards and Chasselas grape vines. It’s about a 10-minute walk into what seems a pleasant town. The Abbey and cloisters are an impressive sight, it’s also an important stop on the St James pilgrimage route to Compostella. Above the Abbey door reads ‘ I am the door’ in Mossac it’s a lovely building.

Auvillar
Overlooking the Garonne Valley from the top of the hill, it as the most amazing panoramic views. In the main square set amongst the houses is the unusual wooden circular corn exchange which stands on Tuscan columns.
​

Sarrant
We park just outside the village and have a walk. It’s a small village that still has it’s
original layout with a ring of houses around a central church. I was surprised to find a bookshop tucked right in the middle, the only shop we could find in the village.
As we walk back through the arches of the church the little restaurant opposite looks busy so we decide to try the ’plat du jour’ menu of the day.
Even though my ability to read French as improved, my speaking hasn’t. So after looking at the menu, we know what we want but trying to order is proving tricky. The young French waitress keeps asking us questions, even though I think I understand what she is saying, I don’t have the words to reply. It’s not long before what becomes a group effort by the locals who help us order, shortly after we get our ‘plat du jour’. The starters on their own would have been enough without the other two courses, plus wine and coffee, all for €13 each.

We have enjoyed roaming around this part of France, it’s certainly been an experience and we have met some lovely people along the way.