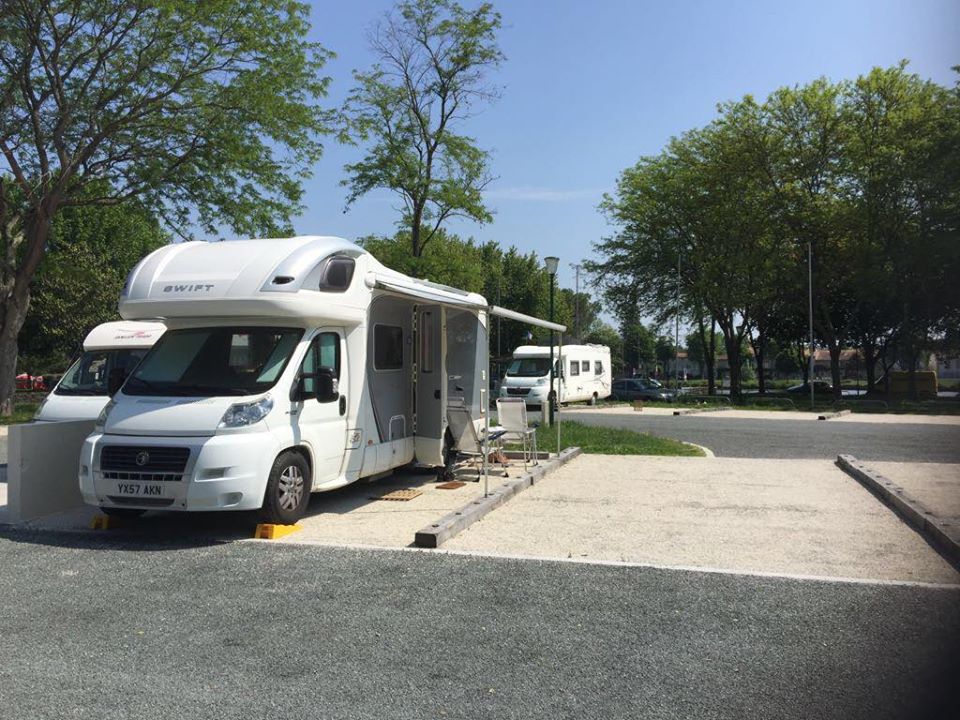 So, after the events of the last 48hrs, we found ourselves leaving what was meant to be our new ‘home’ for the next two and half weeks. It’s such a shame really, it’s location is stunning the views are beautiful and so could the house be. But apart from the fire, we were already aware of a few other issues; broken locks so unable to secure the house, to light the oven, we were told to open the door, turn the knob and throw in a lit match and hope for the best!  This was just a few of what we thought would become a steady stream of things to follow.

So I have decided now I’m going to make it my mission, not to live in unsafe conditions.

Now, I can’t guarantee that this blog will be as exciting as the last but it as allowed us to travel to parts we thought we wouldn’t get to go to. It’s another cold and wet day, so as we aren’t in any hurry now, we can move at our own pace so we head toward the Pays de Loire area and find the pretty village of Change. There is an aire next to the lake which is rather busy but it gives us the chance to plan a route and get a good nights sleep. Next morning we have a quick wander around the lake and village, picking up a baguette for lunch.

Over the next few days, we stay a night at each of the following areas.

Pouancé seems a little rough around the edges compared to some of the places we have visited. As we walk into the town which takes about 10 minutes we pass Pouance castle that has been under restoration for several years. Like all old castles, it is steeped in history even has its own ghost, The Lady shut in the tower! Further up in the town there are various parts of the old walls remaining. Just off the square, we stop at the La Fountain for a drink before walking back around the lake where we are staying.

St Nazaire, when you drive into Saint Nazaire you get the feeling that it’s a port that has been troubled over the year’s but seems to be turning a corner. It’s evident that money is being injected into improving the area.
I found the port fascinating, in particular, the submarine base that in 1940 German troops transformed from a commercial port into a port of war, they built bunkers all along the coast.

The size is unbelievable, with the walls measuring 3 metres thick and 300 metres long, it’s an impressive sight. Its base was fitted out like a naval dockyard with 62 technical workshops, 97 warehouses, 92 crew bedrooms, 150 offices, 4 kitchens, 2 bakeries and an operating theatre suite, so I think you get the size of the structure.
Apparently, Saint Nazaire was the last town in France and Europe to be liberated on May 4th, 1945. General de Gaulle visited the town in July of that year and wrote in the book of the town, ”To Saint Nazaire, an example which gives us hope”.

Saint Jean de Monts, is one of the most popular areas for tourists on the Atlantic coast. Split in two by a pine forest you have the quiet village where we strolled around the market on one side and the other is a ”kiss me quick” beach. With sand sculptors being built and plenty of souvenir shops selling hats, John fitted in well here with his knotted handkerchief plonked on his head.

Saint Hilaire de Riez, is right on the seafront and the white sandy beaches stretch as far as the eye can see. Being a Saturday it’s very busy so we decide to pedal along one of the many cycling routes that go alongside the Vendee coastline. Later that evening when most of the families have gone it’s peaceful so we take a walk along the beach to watch the most amazing sunset.

We both agree that over the last few days we have travelled a far distance and you never really get the feel of the area moving from place to place each day. Add to the fact that our next house sit is still over three weeks away and that was part of the attraction of house sitting you get to explore the area. So we find somewhere, where we can settle for a few days. In fact, we found three locations in the Charente – Maritime area each one giving us a different experience.

Angoulins is the first place we decide to stop at but the aire in the book doesn’t look anything like the grassy, dirt track where the other motorhomes have set up home but we decide to join them anyway. The area was once salt marshes until 1956 before changing to oyster marshes which are still active in the town today. We walk or cycle into the village or along the rocky coastline where we find the cliffs at ”Le pointe du Chay”. It’s extremely windy there but the panoramic views across the Atlantic are fantastic.

We have enjoyed staying here it’s so calm but due to lack of services and much to Johns best efforts in getting us water, I must say water is something we have definitely come to value. But as we try to move off, we realise it isn’t just are mobile phone batteries that are dead, the motorhome won’t start either. So with a few mumbled words, a set of jump leads, our French neighbours jump into action and we are soon on our way.

Saint Germaine de Marencenness; After stopping off at Lidl to pick up essentials. We follow the signs to the aire which is located on the edge of the village at ”Pre Begue” recreation area it has all the services we need. There is space for 8 motorhomes next to the tennis courts, one of which will become our home for the next 6 days. Some of the aires you pay a charge for but our French neighbours explain that there’s no charge, it’s a gift from the mayor. Our view from our motorhome looks across the nature reserve, that includes an amphitheatre, outdoor gym and play area. The village’s itself only as a pharmacy, a bakery and a communal oven that opens twice a year for the locals to bake bread and cakes

Saint-Jean-d’Angély, Is an adorable little town rich in heritage. Inhabited since prehistoric times, the town was built close to the Boutonne river which is where we are staying.  Up in the town, we find the Clock Tower, containing the sin (the bell), which is set to the rhythm of city life. Just a short walk from here we find the  Royal Abbey. Founded in 817 by Pepin of Aquitaine to receive the head of St. John the Baptist. Directly next to this are the Two towers of the unfinished abbey, work was interrupted during the Revolution so never finished, Its a rather strange looking building. Because there is so much to see we decide to spend a week here add to the fact we can have free electric and water, much to Johns delight. So if the nice couple from Hawkhurst we met, Shelia and Tim ever read this, apologies for hogging all the electric. It’s a popular site next to the River that attracts lots of people, walkers, fishing, school trips and most important the bread van that calls at 8.30 each day. We spend our time walking or cycling around the area, visiting the local market or trying the pedalos on the river but they are so squeaky we give up after 5 minutes.

We have seen some funny behaviour in the last few weeks. It’s becoming a familiar sight to see a French man having a wee in a hedge or by the side of the road, it’s made me think twice before accepting a handshake in future. Tonight’s behaviour though was bizarre, when a scary looking woman driving a transit van, pulls up alongside our motorhome, opens the driver’s door, starts sharpening an arrow then gets out with a crossbow and fires it across a park full of people, then drives off! She is definitely no Maid Marian and I doubt if she has a merrie man at home!