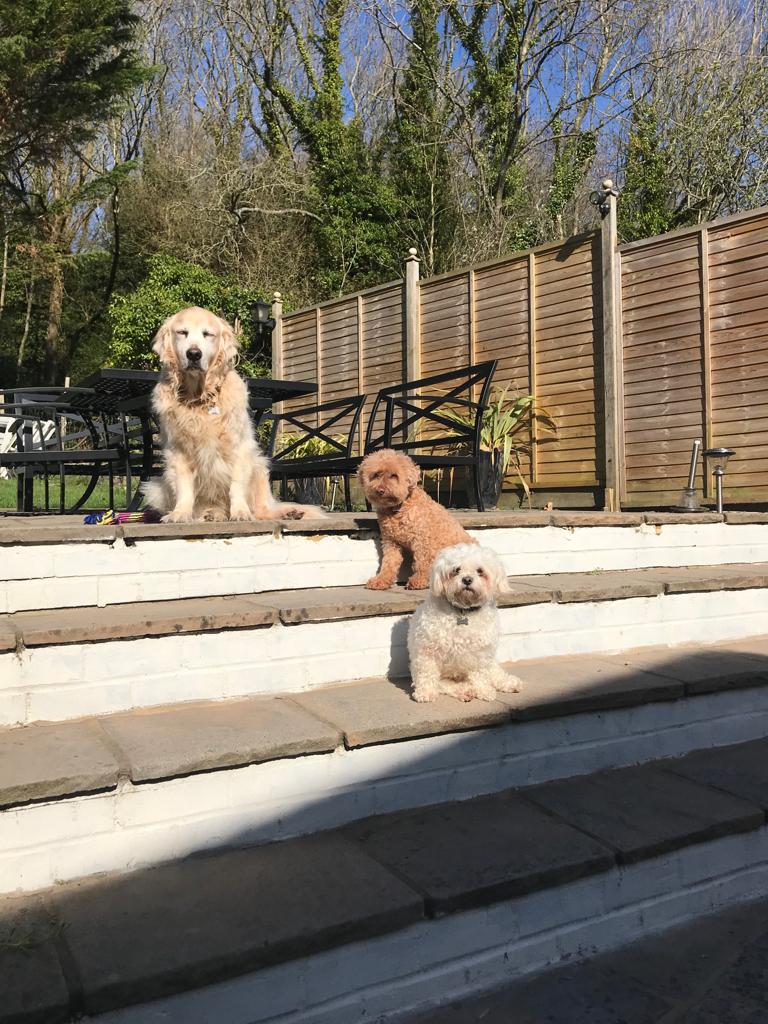 The small village of Ash is where we are house sitting for the next few weeks. Set in extensive gardens we are staying in a lovely bungalow looking after 3 gorgeous dogs Lucky, Fudge, and Harley whilst their owners are on holiday.

These lively dogs have so much personality, especially Fudge and Harley they love to play. We walk every day down the lane to the circular route which we believe to be Billet woods where they can roam amongst the trees and bluebells. In return, they made us feel right at home, Fudge would lay next to the bed and give us a tap with her paw just to make sure we were still there.

It as a Village Hall, The White Swan pub and  The London Golf Club which in the past has hosted the European Open on the PGA European Tour.

And with Brands Hatch Motor Racing Circuit so close by at the weekend John walked up to watch the touring cars.

Set in the idyllic, peaceful countryside this area is sure to be steeped in history.

Mentioned in the Domesday Book as once part of the Achestan hundred, It would have seen many famous historical travellers, including the Kings and Queens  England.

There is a dignified granite obelisk memorial that marks a permanent testament to the sacrifice made by the members of the local community, who lost their lives in the First World War. It commemorates eight local servicemen who died during the First World War. Following the Second World War, a dedication was added to commemorate the ten fallen of that conflict.

And The White Swan pub that dates back to the  14th century and apparently there was an inn on the site even earlier but like lots of places over the centuries, it has been extensively altered and enlarged. It’s a friendly place where we walk for a drink on a sunny afternoon.

Our time as gone quickly here and Its thanks to Cheryl and Darren that we have been able to stay in this peaceful area, we have thoroughly enjoyed our time here.