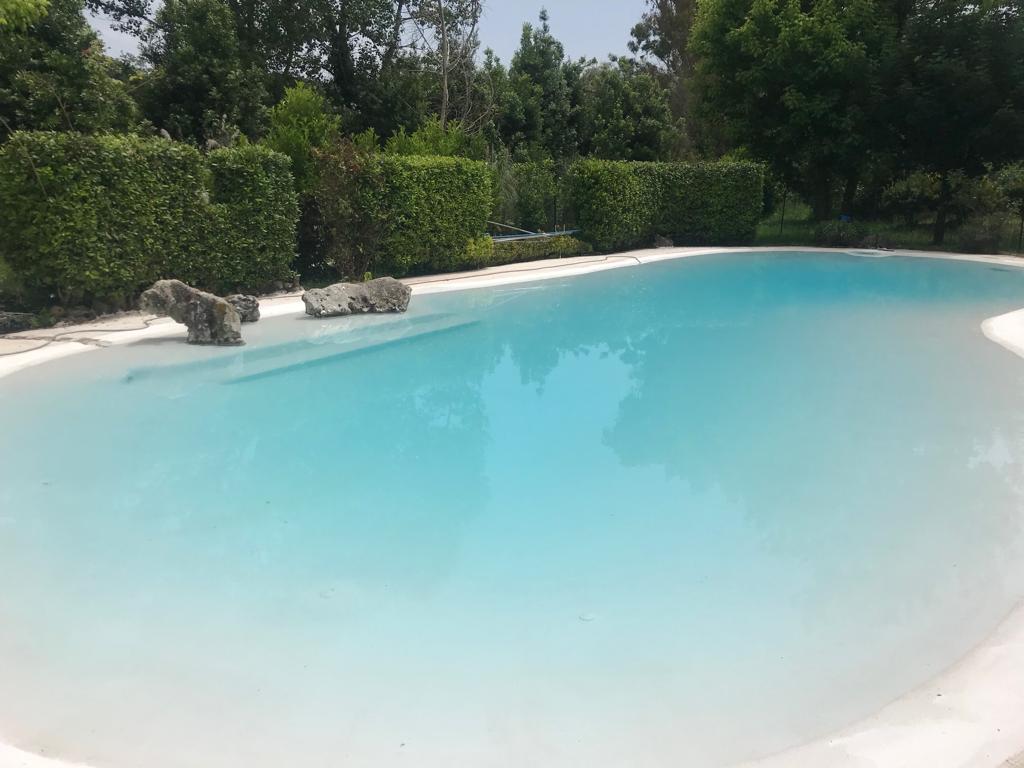 Just 8 miles from the centre of Rome is where we have been house sitting for 12 days. Situated between Spinaceto and Vitania this lovely villa is set amongst extensive gardens.

Ursula and Massimo’s live here with their eight Saluki dogs but we will only be looking after six. Mum,  Warda and her five, one-year-old puppies, Idefix , Aladin, Kareem, Jameel and Brownie they are a friendly bunch who love company and to play in the garden.

When we arrive at the villa its early evening and the weather is still lovely. After meeting the dogs and a tour of the grounds. We are invited to join Massimo and Ursula for dinner at a nearby bar this also gives them the opportunity to show us where shops, bus stops and other amenities we might need.

At this house sit though we don’t venture far until the owners return. We had already established it would be quite a challenge to keep taking the motorhome out. And the traffic is so fast on the main road where we would  walk out to and there’s no pavements. So we decide to give cycling a miss and only walk up to Spinaceto for a coffee and groceries a couple of times. Any way we have a great swimming pool, plums to pick from the trees, a huge drive to walk down and six dogs to entertain us. Most days we hear the humming of the lawn mower before we spot Catalino the gardener/Handyman he is lovely and helps if we need anything.

It’s also given us a break from travelling everyday. I have been able to catch up writing my blog whilst John is trying to top up his tan.

Not getting out has meant we havent seen must of this area but Ursula left some books for us to read. And it’s interesting to find out facts about both these areas. The term Spinaceto appeared in the year 1536 to indicate an estate bordering on that of Decima. It’s an interesting project, born from urban utopian impulses: the houses are situated on the sides of the two main streets and the shops in the space between divided by long tree-lined avenues. Spinaceto also preserves a 13th century archaeological find called “Torre Brunori”, saved from modern building.  Furthermore, the neighborhood has the remains of a Roman country villa with an area of ​​over 1200 m² and dated between the I century BC  and the 4th century AD, in the area bounded by via Alberto Cozzi and by one of the two overpasses of Spinaceto.

On the opposite side of the Via Pontina is the Decima-Malafede Nature Reserve, one of the most important Roman natural reserves, due to the very high archaeological, naturalistic and paleontological.

On the side facing the sea, Vitinia overlooks the Malafede valley.  The whole valley has been the subject of great controversy both for its environmental protection and for its geological and archaeological protection, the estate belonged to the Duke Lante and then to Prince Massimo. The Mezzocammino military fuel depot located in Vitinia was the scene of a German attack during the Second World War, shortly after the armistice was proclaimed by Badoglio. A self-transported core of German second-tier paratroopers, launched a surprise attack on the barrage.  After a brief resistance, the infantry of the Piacenza division were overwhelmed together with the chemical battalion guarding the Mezzocammino fuel depot. Despite the bombings suffered by the allies in 1944, the deposit remained in operation until the late 1970.

The weather as been fantastic since we have been here, if not a little to hot at times, should I dare say!! When Massimo and Ursula return they allow us to stay on their drive for the next couple of days whilst we visit Rome.

It’s been a totally different experience at this house sit but we have enjoyed our time here. So thank you to Massimo and Ursula for making us welcome.