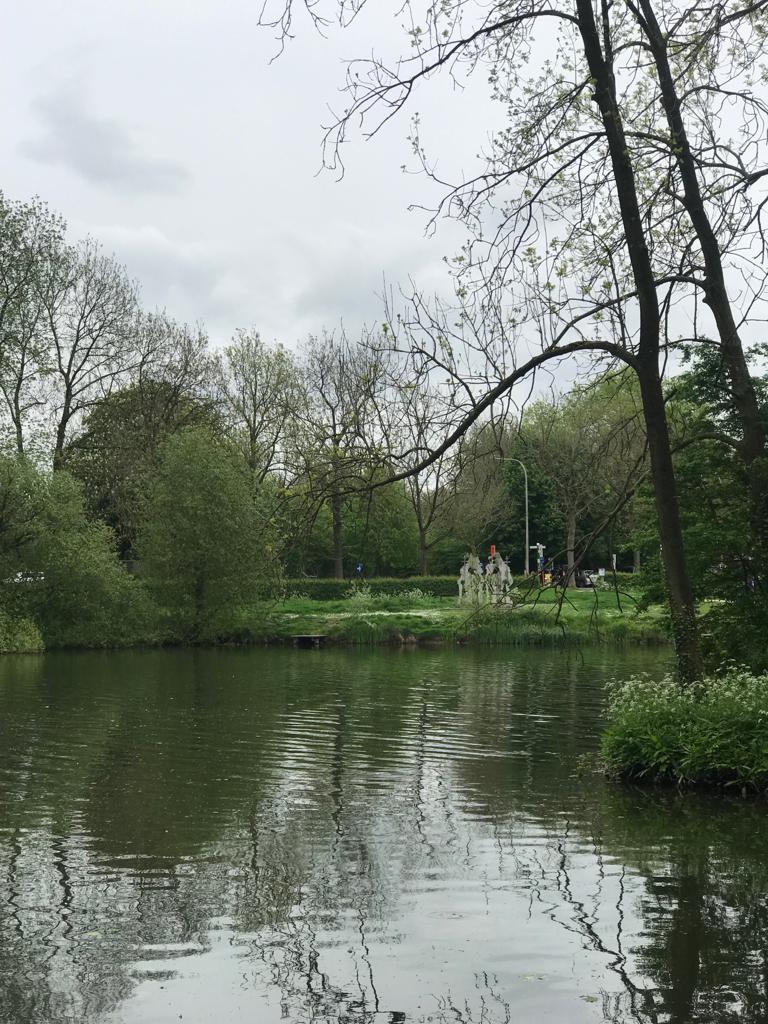 The city of centre of Ypres, also known as Leper is very accessible so it was easy to find somewhere to park. We walk along the old city walls where we start to see some of the memorials. It’s a pretty town with lots of history, cosy restaurants and bars dotted around the main square. It’s here where we try one of the  Belgium waffles they are delicious with Nutella and Ice cream.

Across the square is the 13th-century Cloth Hall with its towering belfry it’s an imposing building that stands as a reminder of the city’s status as a medieval trade hub. Mowed down by heavy German artillery in April 1915 and left in ruins, the example of grand Gothic architecture was restored to its full glory after the war. Now it’s the home to the  ‘In the Flanders Fields Museum’ which provides a panoramic view of the city and its surrounding battlefields.

As we walk past Menin Gate where the last post sounds every evening. It is one of seven memorials to the missing in Belgium. It bears the name of 54,000 commonwealth servicemen killed who have no known grave. When Lord Plummer unveiled it he declared: Now it can be said of each one in whose honour we are assembled here today; “He is not missing, he is here”.

It’s an area that has gone down in history books has an area the Great War reduced to rubble.

With its countryside dotted with countless memorials, it’s hard to ever imagine that  Flanders Fields was once avmajor battle theatre on the Western Front during the First World War. A million soldiers from more than 50 different countries were wounded, missing or killed in action here.

It’s hard to comprehend the number of memorials here. We stop at the American cemetery at Waregem. The only American cemetery in Belgium, it’s an area known for some of the fiercest fighting that took place on the western front, 411 servicemen are buried or commemorated here. It’s in a busy village but as we enter the peaceful grounds with poppies blowing in the wind there’s a sense of calm. Inside the small museum, there’s a room that was open in 1930, the superintendent would welcome all of the Gold Star Mothers and widows that came to visit. Outside the grounds are spotless, manicured with everything orderly and reverent.

Today, the peaceful region with its great cities and pretty villages still bears witness to this history through monuments, museums and cemeteries. And as we drive past the poppies growing in the fields you can see what inspired the Canadian Doctor John McCrae to write the poem ‘In Flanders Fields’ it’s so poignant, sad and representative of the time.

In 2015, one hundred years on memorial trees were planted in and around Ypres, marking the old front lines. The tree baskets marked red and blue to indicate German and allied positions, with no man’s land in between. These trees will stand as a permanent marker of the tens of thousands that lost their lives. Additional trees are planned for the French border and the North Sea coast.

You don’t always have to visit the major war cemeteries to be struck by the damage war causes. It’s a moving area, so many young people died with their dreams, plans and aspirations. Every single life shortened by war.

With such troubled times around the world today we should all be grateful for those who have served past and present to protect and preserve the freedom we have today.

2 thoughts on “In Flanders Fields, Ypres”