Jewels of the Pyrenees 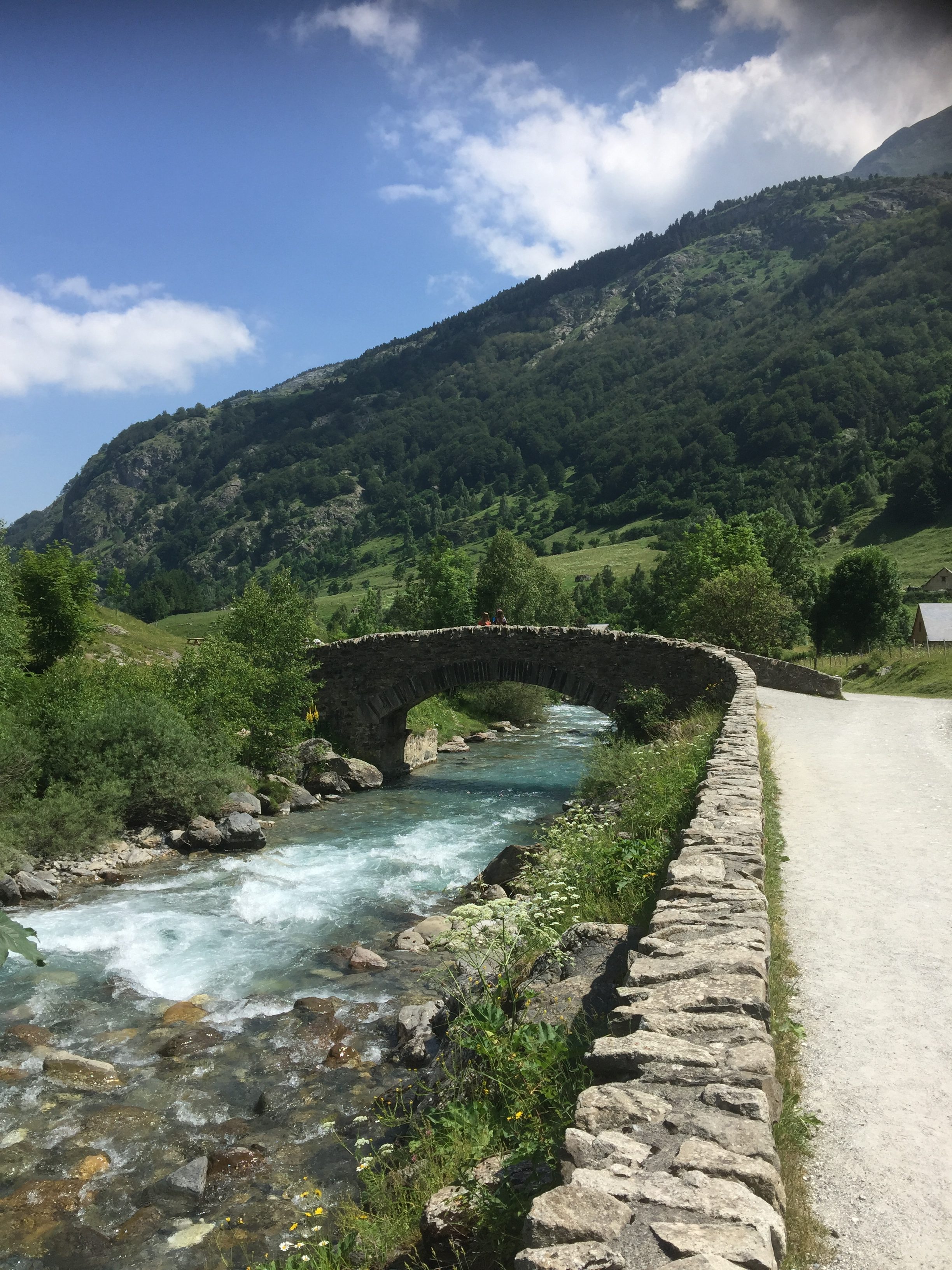 Once again we are on the move. My sidekick (sat nav) and I have been reunited but it’s not long before we are in trouble again!! Perhaps it’s me that needs to go back to England to be rebooted.

We are heading towards Tarbes but decide against staying there tonight, the site doesn’t look great. Its a rather large city, something we aren’t used to now added to the fact we don’t feel the need to visit. So after stopping to eat we move on. Over the next few days, we stop at some amazing places.

Every year, thousands of people from all over the world come to visit the town.

Apparently its the most famous healing shrine in the world and one of the most-visited of all pilgrimage sites.  After a young servant girl named Bernadette Soubirous claimed to see a vision of a woman in white on February 11, 1858. Until then Lourdes was a small market town virtually unknown to the larger world.  Over the next five months, the lady would appear 17 more times to Bernadette, visions that the Roman Catholic Church (though initially sceptical) would declare authentic appearances of the Virgin Mary. Miraculous cures have been associated with Lourdes ever since, and today the town welcomes more than five million pilgrims a year. At 9 p.m. every night since 1872, a candlelit procession begins at the Prairie ( Grotto)  and ends in front of the Rosary Basilica. Pilgrims carry candles and torches, as well as a statue of the Virgin Mary and walk for around an hour, before receiving a blessing from a priest.

We join everyone else following the blue line that guides you through the town to the grotto where the procession starts. You soon realise you don’t need to be a practising Catholic, or even a Christian its something even unbelievers can enjoy, everyone is welcome. With torches in hand, music echoing around the grotto the procession begins, its a spectacular sight with a joyous atmosphere.

From Lourdes, it’s about a 60 mile round trip to Gavarnie, Frances longest waterfall situated on the French/Spanish border. As we enter the picturesque village the cirque suddenly looms out at you, it certainly doesn’t disappoint. Made by the erosion of rain and ice fifty million years ago, it as hallowed out perfect natural cirques. To get to the cirque you have to go by foot which takes us about an hour along the river bank which at times is steep and uneven in places. We stop just past the hotel and from here you can really appreciate the sheer size of the waterfall. Legend says that this gigantic opening between two walls, on the French-Spanish border, was made by the sword of Roland de Roncevaux. The path is getting rocker and more uneven so I sit with my feet in the water whilst John carries on a little further.

If your really courageous though you can climb up to the Brèche de Roland, one of the most symbolic places in the Pyrenees. From where I’m sitting the views are amazing and become even more spectacular as a tightrope walker appears from no where between the mountains.

We have had a busy couple of days so after stopping off to get groceries we find an aire to stop at tonight. It’s a pretty town with narrow lanes, cobbled streets originally developed around the local salt industry. Legend has it that this was discovered when an injured boar fell into a swamp and was discovered later covered in salt, perfectly preserved.

England are playing Croatia in the world cup tonight so John has a walk into the village to see if he can watch the game in a bar. Thinking,  I’m going to have a peaceful evening I make a cup of tea and sit outside.

It’s not long until our French neighbours unaware that I don’t give two hoots about the football start giving me a running commentary. So for the next 90 minutes or so I have a French man shouting ooh la la at me!!

We have only managed to see a few of the unmissable sights in the Pyrenees. Some have a Spanish feel whilst others are distinctly French but all spectacular in their own way.

John cooling off in waterfall

It’s an area everyone should visit once at least once in a lifetime.