No Siestas or Fiestas for us this time in Spain 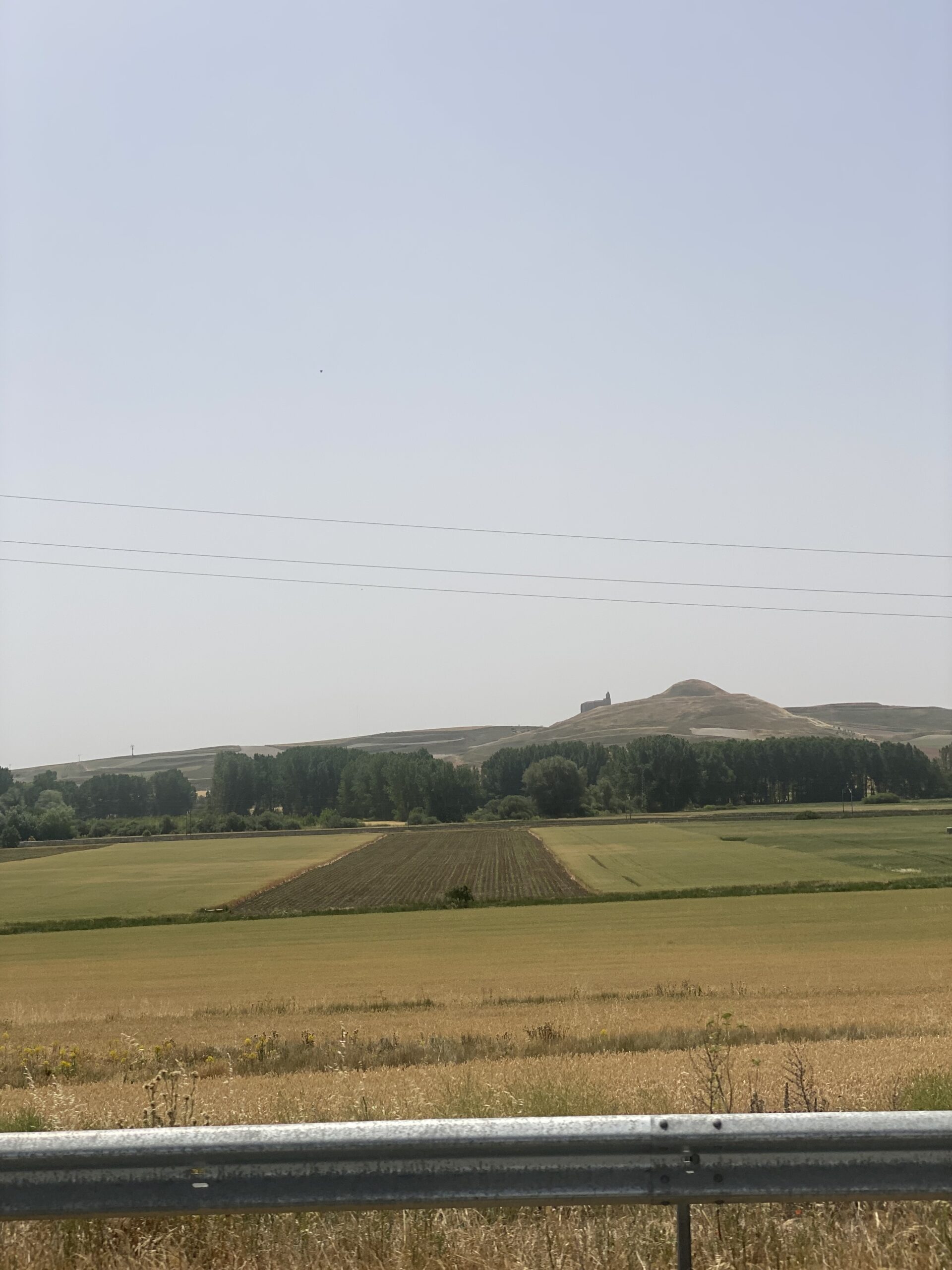 With a heat wave continuing to spread we decide to travel early morning back across the unmanned border into Spain and there’s a slight breeze as we follow the winding Douro river out of Portugal through to the Zamora region where we eventually join the motorway.

Normally we avoid toll roads but weighing up the pros and cons, the cost of diesel taking a longer route and sitting in this temperature,  it’s the tolls that win on this occasion. However we were wrong to think this road would be quieter,  we found ourselves weaving our way through convoluted road works, alongside speeding lorries and cars which at times was daunting, John was certainly kept on his toes because the Spanish in this area seemed to have an interesting approach to driving and ignored any signs or warnings, and you can indicate until your hearts content if they don’t want to let you in or out they won’t, but overtaking that’s a different story, they will overtake anything cars, lorries, birds, you name it they will overtake it.

Once over the mountains, the area flattens out for a while and we leave the greener fields and trees behind, where the land slowly becomes more baron then every now and then we spot the tops of the straw-hatted farmers tending their fields, the nearer we get to San Sebastian the land turns greener again.

Stopping for lunch in a lorry park the kettle is the first thing that normally goes on but not today it’s a quick sandwich and a bottle of water next to the humming refrigerators of the lorries, then off we set with the windows down, (air conditioning is overrated) our arms and heads hanging out before we melt into the seats again.

Before we had a chance to say Hola, we were saying adios to Spain as we come full circle back to where we started and it was late afternoon when we arrive in San Sebastián. We park at the same site as before and we are lucky to find the last parking spot at the site, albeit our Belgium neighbours haven’t parked particularly well so it’s a tight gap John finally gets us into, then we discover it’s a family of 4 with a small child and a baby who is both extremely vocal until the early hours!!

We did our sightseeing here a few months ago so today it’s all about getting out for a walk, as we have been sitting too much in the last 48hrs but we wait until the temperature starts to drop before hitting on the hustle and bustle of the old town.

Walking along the seafront with the cyclists and joggers, the beach is packed it’s the perfect place to people-watch. Amongst the lined streets of the old town, we stop for a drink but there are no tapas for us tonight we opt for ice cream instead.

Following morning we are up early again but before leaving the area we pop to my favourite supermarket ‘Mercado’ to stock up on Frigiliana honey and Bravos sauce however it seems like the satnav wants to take us on a tour as we drive around the city centre of San Sebastian, at times we feel like we might be lost forever in its pedestrianised one-way road system.

Continuing along the toll road back into France we know we have passed many places of interest across this part of Spain but the temperature is still rising so these will have to wait for another time, for now, we just want somewhere a little cooler.

Coordinates for Aires in Spain