Our last week in France 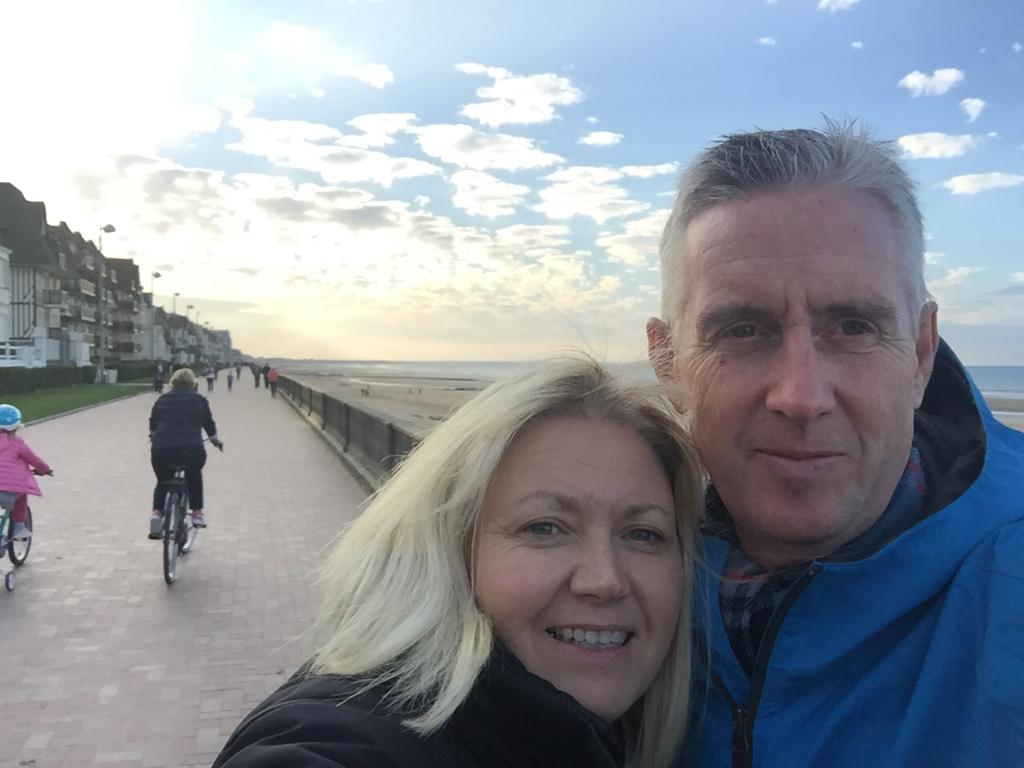 Moving on after a long stay is never easy. We just begin to get a feel for the area, settle into a route and before we know it, its time to leave. This time sees us heading north. Unfortunately, our tenants are leaving and our inability to rent the house again means we have to return to the UK, but this will also give us the opportunity to MOT the motorhome and do the few jobs it requires.

So it’s a cold, foggy Cadeilhan we say goodbye to. After months of wearing T-shirt’s and shorts, it’s strange to be back in jeans and jumpers.

Marmande is our first stop but it’s a very brief visit. Unfortunately, the market is nearly finished when we arrive but at least the sun is shining.

Marmande Square where the Saturday market is held

It’s late afternoon when we arrive at Gourdon and the weather has improved so much, we get our shorts back out. It’s a quiet aire, after sorting ourselves out we have a chat with our neighbours for tonight, Bill and Anne.

The following morning we have a walk around the centre but being a Sunday most places are shut, apart from a bar and stall selling oysters, John tries the oysters, whilst I opted for a coffee in the sun.

What should have been a short drive to Rocamadour turns into a detour around some narrow, winding roads, due to a road closure.

Rocamadour is well known for its pilgrimage with human traces going back as far as the upper Palaeolithic age. As we drive around the headland perched on the side of limestone cliff Rocamadour is a magical sight.

Views across the valley from Rocamadour

We park at the top and walk down the very steep path passing beautiful chapels and staircases, carved straight into the stone, suspended over an incredible deep gorge. At the bottom, the Main Street is full of shops and restaurants, a bit too touristy for my liking.

We pass the caves on the way down

The walk back up the 223 steps isn’t as arduous as it looks, it gives you the opportunity to see great views across the valley.

Home for the night in Rocamadour

By the time we get back to the motorhome, it’s late afternoon so we decide to stay here the night. As we watch the sunset it’s a quiet evening with only the abbey bells ringing out.

Often just called ‘Sarlat’ it is possibly the most famous town in the region and it’s certainly one of the most attractive. Situated in the Perigord Noir region it’s a beautiful, well-restored town just north of the River Dordogne. We are surprised at how lovely it is here. The old town, dating from both medieval and renaissance times is a pleasure to walk around. With the sun catching the yellow sandstone buildings of the old town, the narrow, intertwined streets are like a maze. It’s a lovely place but we decide to drive to Brantome.

Sitting in the bend of the Dronne river, Brântome is an attractive town near the northern edge of the Dordogne. sometimes known as the Venice of the Dordogne (slight exaggeration in my opinion ) the town has a nice mix of medieval and renaissance architecture. The Benedictine Abbey on the river’s edge is a grand building, along with the old stone bridge, weir and pretty mill which all makes for a very picturesque setting.

The site we park at is next to the riverside gardens, it’s a pleasant walk through the gardens and along the edge of this calm river covered with water lilies, and overhanging weeping willows.

Next morning sees us setting off early,  we decide to cover quite a few miles today so apart from a quick stop off for lunch at Bessac, where we watch the goats playing in the field. We don’t stop again until early evening.

Stopped off for lunch in Bessac

With only space for 10 motorhomes the aire is close to the river Le Loir, its a nice location with shaded picnic area and a children’s obstacle course. Apart from a quick walk along the river bank, we don’t get to see much more of the village. It’s been a long day so it’s dinner and an early night.

Once again we set off early. Honfleur was one of our first stops back in April, steeped in history with its narrow lanes and picturesque quayside you can see why it attracts so many visitors. Today we are returning to meet up with Keith and Jeanette, who we meet earlier in the year in Portugal. It’s lovely to see them again we spend the afternoon/evening catching up with each other’s adventures.

The following day after more tea ( we all like a good chat ) we say our goodbyes.

Unable to get a space at the aire in the next village we drive a bit further and find Cabourg. This fishing village, known as “ cote fleuie’s queen, has led a charmed life, carved out of dunes during the second empire. This romantic resort is famous for its fan-shaped layout, is like a Roman amphitheatre. We walk along the windy Marcel Proust promenade towards the Main Street where the lights twinkle as it starts to get dark.

The site we are staying at is very popular with motorhomes arriving late into the evening. Next morning it looks like it’s going to be another blustery day.

Our view for tonight

We have the satnav set to avoid motorways and toll roads so when she tells us to take the next right and catch the ferry we are both surprised.

At Quillebeuf-sur-Seine,  we find the  “bacs” ferry that has been going for centuries even though the Bridges of Tancarville and Brotonne were built, the locals fought to keep this unique ferry maintained and running. It’s a charming, unusual crossing that gives a glimpse of the Seine Valley’s character.

Waiting to board the Bacs

In the last 24 hrs, the weather has turned its now cold, wet and very windy. As we drive into the pretty harbour at Saint Valéry it’s hard to believe that it was almost completely destroyed during World War II, it still has many beautiful monuments like its timbered Henry IV house which dates from 1540 and the church dating back to the sixteenth century, with its beautiful stained glass windows. At the mouth of the harbour, when the weather allows, you can see Dieppe. Along the front of the cliffs is where we park for the night, with the heating on, we’re huddled in listening to the whistling wind.

Blustery walk around the harbour

Since we decided to return home the time seems to have gone quick and tonight is our last night in France. About 40 minutes from Calais we stop at a cow farm in Longfossé. It’s another cold, wet and windy day so we only get out for a quick walk but the cows in the field next to us keep us entertained, they become quite vocal when it starts to rain.

Waiting to get out of the rain

Next morning we are up early, the sun is shining even though it’s a cold day, as we ease our way back on the ferry at Calais. Sat with a cup of tea watching the land recede, it’s hard not to be sad that this trip has come to an end. As we come into dock, the sun is shining over the white cliffs at Dover.

Nearly back to Dover

So after seven months we are back and greeted by roadworks on the M20 something we haven’t missed and definitely not used to, not a good sign.

6 thoughts on “Our last week in France”