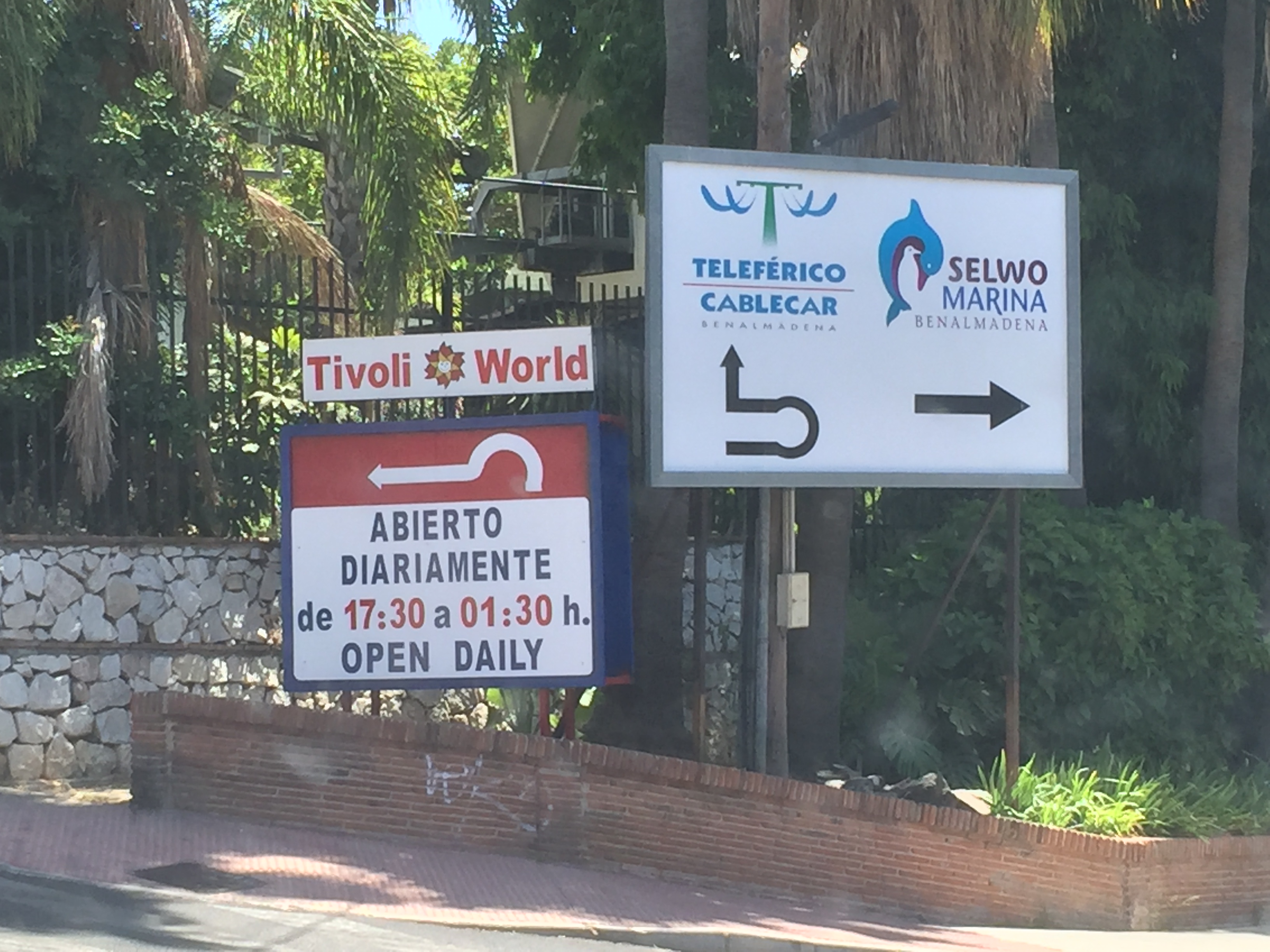 Benalmadena, named Ben-Al-Madina by the Arabs when translated means “children of the miners”. This was because ochre and iron were once mined locally in this area.

It’s an area we know well and  it’s over 13 years since we were last here. In 2005 John, James and I moved to Torrequebrada situated along the Benalmádena coastline, just west of the Benalmádena Costa and its famous marina. Back in the 1990s Torrquebrada barely had a beach now it has thousands of residential and holiday homes, all local amenities and a golf course. The complex where we owned an apartment is pretty much the same. Sadly the restaurant and shop are no longer open.

There were only a handful of people living there when we moved in, some became great friends who we are still in contact with today. we had no official address, so how the furniture we bought managed to be delivered is amazing and the water supply wasn’t connected so a tanker lorry made frequent deliveries.

View up towards the village

We knew what Spanish life was like but it still took us a while to get used, they have no sense of urgency. everything stops between 12 and 5, they start cooking dinner way after 10 pm and do their homework at night. If the local workman saw me cleaning during the day they would shout ”you crazy lady” then point to the sun.

We soon realised if you can’t beat them, join them,  so manana manana and Siesta it was to be.

It’s the drive up to Benalmádena Pueblo ( village ) where I can see a huge difference more houses, a supermarket and tennis courts have been built on the hill heading towards the village if they carry on building it will just become part of the town.

The tapas bar is still there where we would sit with a coffee or a beer. From here we had great views of our apartment, along the coast and Colomares castle, a monument built in 1984 to honour Christopher Columbus and his discovery of America. The castle contains what is claimed to be the worlds smallest chapel, measuring just 1.96 sq. meter.

As we head back down the hill passing Mercadona ( supermarket ) James loved the crab salad from here, Tivoli world, the cable car and train station all places and services we used.

Passing Las Palmares ( where James had tennis lesson ) Arroyo de la Miel, Pamplona park and finally along the coast towards the marina. A few restaurants and shops have changed but it’s still pretty much the same.

It’s been lovely returning to the area it brings back fond memories of Walks along to the marina, Happy hour with friends, Evenings at the tennis centre, The Sur ( English newspaper) and a mad fitness instructor.

We don’t miss living here but when we look back it’s our probably here the seed was planted for us to have a boxer dog and buy a motorhome, so we will always be thankful for that.