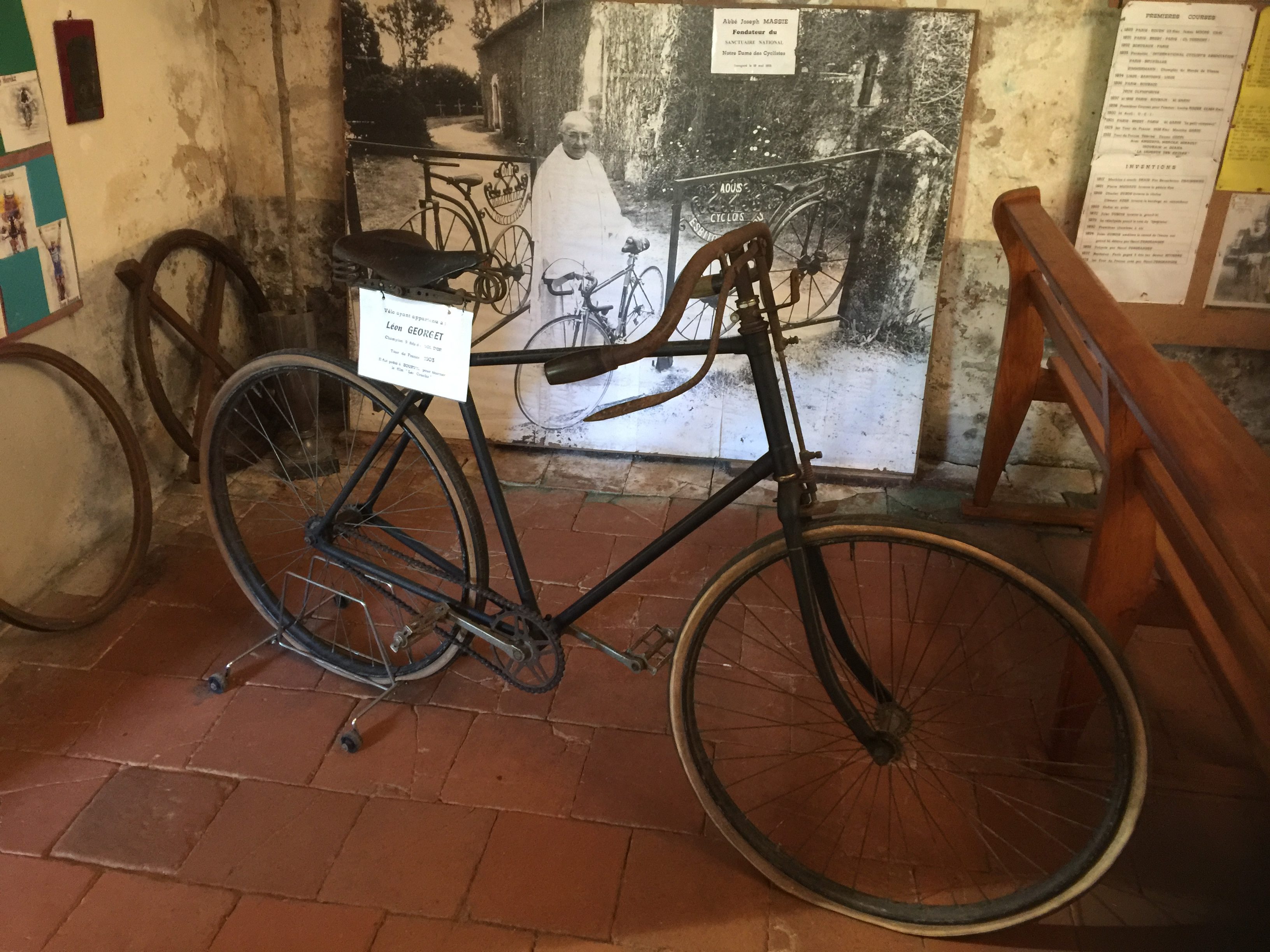 Just on the outskirts of Labastide-d’Armagnac John stumbles across this cycling museum whilst out riding. The chapel is all that remains of the 12th-century fortress and was listed as a monument of historic in interest 1996.

In 1958 Father Jospeh Massie the pastor of Creon – d’Armagnac was inspired by a  chapel he had seen in Italy. So he decided to try and do a similar thing with this old chapel.

On 18 May 1959, Pope John XXIII agreed to make the old chapel a National Sanctuary for Cycling and Cyclists under the protection of the Virgin: Our Lady of cyclists.

As you enter this pretty chapel there is a display of old bicycles, one of which was used in the French film Les Cracks, directed by Alex Joffé in 1968.

It’s difficult to know where to look first, along with over 800 Jerseys covering the chapel walls, there is a fascinating collection of newspaper articles and books.

Some of the donated Jerseys

The stained glass window  was designed and created by Henri Anglade, a former rider of the Tour de France, to represent cycling. It was reportedly intended to celebrate a thaw in the intense rivalry between Fausto Coppi and Gino Bartali, as they shared a bottle on the Col d’Izoard during the 1952 Tour de France.

John has cycled through France before with our son James, so this was of great interest to him. It also  gave him the opportunity to sign and  donate one of the shirts they had both worn during their trip to Mont Ventoux in 2017. It will hang along side all of the other shirts for many years to come and become part of this lovely memorial.

Hopefully this shirt will be here for many years to come.

Whether you are religious or not, with the sun shining through the stained glass window and the classical music playing, it’s impossible to not feel a great sense of awe, when surrounded by all of this history and reverence to the champions of this sport.