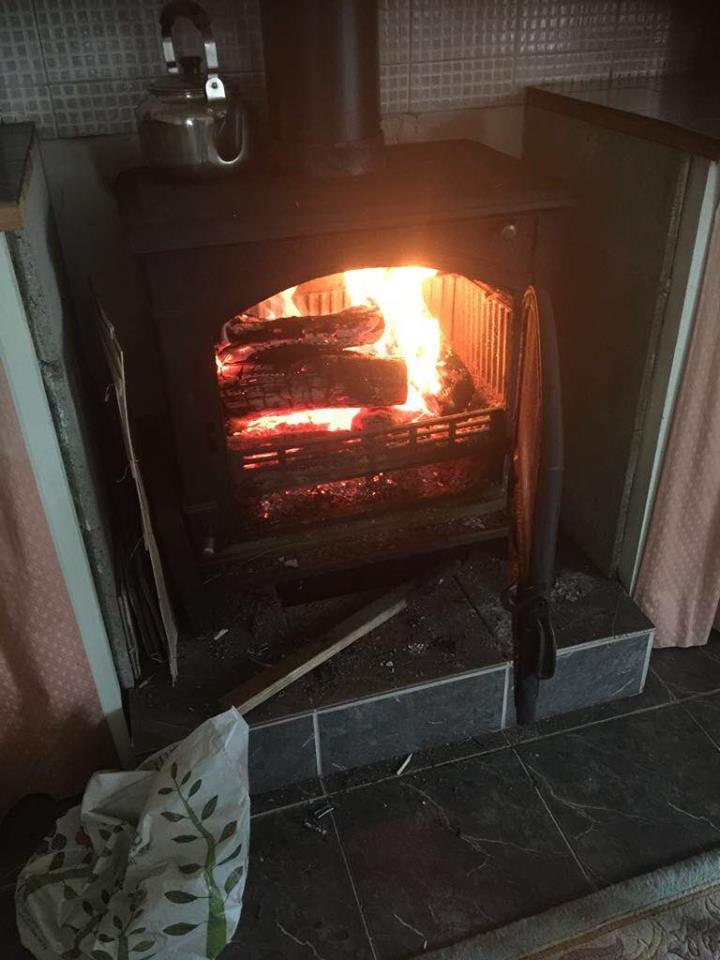 I have really debated whether to write this post about our second house sit, but then I thought it’s important that everyone knows the responsibility that comes with house sitting and even though it might seem like a free holiday, the onus is still on you to be responsible and make sure you treat the house and the animals with the same care you would your own. I would like to point out at this stage we have only been in contact with Aggie by email regarding the house and animals. But it never entered my head to ask ”what is your standard of cleaning ”, but will in future. Never the less I’ll let you use your imagination to what state it was in. You soon get the measure of someone when you meet them face to face.

It’s a very wet, cold day as we arrive at the house on the outskirts of Gesrves and it’s clear the photos we were sent are not recent. I knock the door to be greeted by Aggie the owner, we are invited into a somewhat smokey sitting room where she explains to us that she tried to light the wood burner in that room but as had problems so she would prefer us not to use that one. She gives us a quick tour of the house before taking us into the dining room for drinks where she lights the other wood burner.

Later on that evening we make the decision to sleep in our motorhome tonight due to the state of the house and the cold.
Next morning Aggie leaves for England and we go into the village for groceries. When we return to the house, we decide to light the wood burner in the dining room so we can at least spend time with the cats as that’s one of the reasons we are there because even they are looking cold now.

The fire burns ok for about four hours when we realise the wood and plasterboard behind it had court alight. John checks upstairs and the rooms are full of smoke from the cavity behind the burner. After trying to deal with the problem ourselves we decide to call the fire brigade who arrive within minutes and they are extremely efficient. Even though they all stopped to welcome the lady firefighter with kisses who was driving the water truck!

It Begins To Smoke

It’s then not long before we are joined by the locals, french and English all running down the lane shouting, ” pompier, pompier, Aggie house, camper car”. They say we have given them more excitement in the 24hrs we have been here, than they have had in the last seven years! And that the three counties surrounding us will all know within the hour that something has happened on ’Mad windy English hill’ as it’s referred to by the French. It comes as no surprise to them what has happened tonight. Apparently we  are the third lot of house sitters who have had problems here.

The following morning stinking of smoke, sore eyes and a cough, it seems like we have been in a dream.
We now face the question whether or not to finish the house sit. On one hand, you feel obliged to fulfil the promise of looking after the house and animals but the other you feel let down.

Last nights events could have been far worst and feel our safety as to come first. There is a code of conduct that you have to abide by at Trusted house sitters, which as to be meet by both parties. If you are the homeowner you have to provide a clean and safe environment, this clearly wasn’t the case with this house sit.                                              We contact Aggie and give her a few days to make other arrangements for the animals to be looked after but she decides to return home.

When Aggie returns I explain the situation but there’s no concern for the animals or our welfare but then I’m not surprised.

In hindsight, we should never have stayed here. So altogether, an experience we don’t wish to repeat.