A glimpse of Switzerland 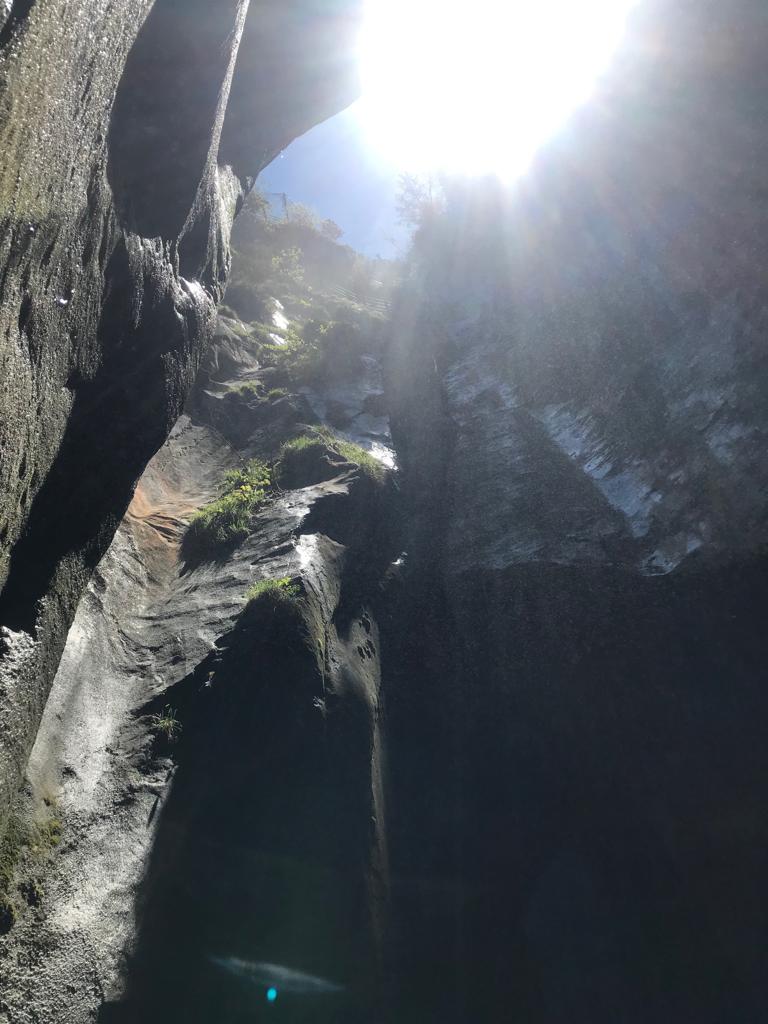 Lac des Brenets forms the border between France and Switzerland its an attractive area for swimming, fishing and canoeing during the summer.  In the winter, when the Doubs freezes over, to become one of Europe’s largest natural ice rinks. As we watch the landscape shift to something a little more uneven we pass through many tunnels carved through the mountains that seem to go on for miles good job we aren’t claustrophobic.

But before we go any further we stop off at a shopping centre to find a post office. We have to buy a sticker to go on the window screen it costs   40 CHF / £30 it will cover us to use the toll road.

Later that afternoon we park up above Lac des Neuchâtel with panoramic views across the lake. From here we walk amongst the forest heading down towards the many allotments that are growing rhubarb, it’s everywhere you look. We eat later tonight. For some reasons the gas isn’t flowing to the oven but it doesn’t take John long to rummage through his toolbox and fix it.

Next morning with the mist and clouds around us it’s a lovely morning we sit outside with our coffee.

Spiez and Interlaken are places we stop off at today. Spiez is pretty village set on the lake,  we have a walk around the marina where people are waiting to board boats for a trip across the lake to one of its many attractions, it’s a busy place.

Interlaken is somewhere John wanted to go to after going there on a school trip years ago. And I’m sure I remember hearing the name mentioned on ski Sunday. Situated between two lakes and surrounded by alps this too is busy, but too touristy for us so we decide to go to Stechelberg.

To get to Stechelberg we have to drive the length of the Lauterbrunnen valley it’s incredibly beautiful with walls that are immensely tall. The ‘ Hintene’ or ‘back’ of the Lauterbrunnen valley spans 26 km and is one of the largest nature reserves in Switzerland. It’s in this area that they filmed part of the James Bond film ‘ On her majesty’s service’. At the end of the paved road, there are just a handful of houses and a small campsite where we spend the night. It’s as though time has stood still here, quiet and removed, where nature remains untouched. When the light finally disappears in the valley there’s just the sound of the cowbells and waterfalls thundering down it’s like they are playing music.

Next morning we wake a little later than expected and decide to cycle back down the valley to Trummelbache falls.

The falls are the world’s only glacier waterfalls inside a mountain that are accessible by cable car. Carrying the melting water from the Jungfrau down the valley with up to 20,000 litres of water per second making the mountain shudder and thunder.

To reach the waterfalls we take the cable car, it’s a steep incline as we go up and stops 2/3 of the way up. From here it’s a short walk to the 10th waterfall. It’s amazing to see how the water has carved its way through the rock over hundreds of years.

Weaving our way in and out of the 10 waterfalls we navigate small tunnels and stairs which are quite slippery at times, you soon realise why small children are not allowed entry. Unfortunately, it’s so dark inside the pictures John takes don’t do it justice.

Each fall has its own beauty, with the spray falling on our faces and the roaring thunder of the water swiftly flowing down, it’s an incredible experience. Inside the waterfall, it’s quite cold so we are surprised to see how warm it is now outside. The cycle ride back up to the campsite was a little more uphill than I realised but I made it all be it rather red and sweaty.

It’s now late afternoon when we leave Stechelberg and decide to drive to Kandersteg to get the train through the mountain.

John has never driven the motorhome on to a train before and is a little concerned if it will fit. We watch the cars and van in front of us board as we slowly edge our way on.

The journey itself isn’t at all “beautiful”, a thousand jolts, the strong stench of soot and it’s pitch black. It’s a strange experience sitting in the motorhome with the train hurtling through the mountain and we have no control. It truly is a unique experience. Very easy and very cool but we are relieved to be driving off the train with John back in control, a quick adjustment of the wing mirrors we head for Bürchen.

Bürchen, also known as ‘Birkendorf’ is set amongst birch trees, after which it is named. Situated 1,500 m above sea level on the south-facing slope of the Rhone valley. The only way to get here is by the scenic route. As we zigzagged our way up and around the mountains meeting a bus that filled the space between us and the cliff face. With it’s large wing mirrors nearly brushing our side. John needed to move closer to the dizzying drop to prevent us from hitting.

It’s a long way up which seems like we are driving for ages drifting in and out of the clouds as we get near the top, with out ears starting to pop. This route isn’t for  the faint-hearted, especially when you meet on coming the traffic.

When we reach the top the aire is next to a football pitch and ice hockey arena. With snow still on the tops of the mountains the views across the valley are amazing. The girls football match is our entertainment tonight and it looks like it’s an important game, going into extra time then penalties. As the light fades we are the only ones here apart from the handful of houses that have the odd light on. It’s a little chilly next morning and the realisation that we have to drive back down is dawning on me at least I’ll be next to the cliff face next to me this time.

We are working our way to Italy and to get there we have to cross the Simplon pass. This is a major crossing between Switzerland and Italy, it is wide, well-made and often busy. It is open all year around, except during very heavy snow in the winter.

About 3/4 of the way up, the road is covered to keep snow off in the winter, but we can see through the side. The stunning views, winding through the Alps are like picture postcard views of everything we imagined the Swiss countryside to offer.

The road takes us over lengthy curves up the mountain. Halfway up, the Ganter Bridge crosses the Ganter Valley. The bold design of this modern bridge fits harmoniously into the countryside. At 2005 meters, on the summit of the pass, stands the Hospice of the Bernardine monks. And then we reach the eight metre high stone eagle which reminds visitors of World War II. From here we have panoramic views of the Bernese Alps.

With heavy snow still laying around the most used word out of our mouths is  “WOW!” Driving through the mountains as been an adventure. Cautiously following dangerously curvy roads with many switchbacks and often ending up above the clouds. There was very little we could say but wow. In those moments, words can’t describe the beauty of these mountains.

We have only spent four days in Switzerland which wasn’t anywhere near enough to see what we wanted, I never found the Movenpick ice cream for a start! But it’s an expensive country so with our money slipping through our hands like sand we head into Italy.

2 thoughts on “A glimpse of Switzerland”