Hot in the Costas, Andalusia, Spain 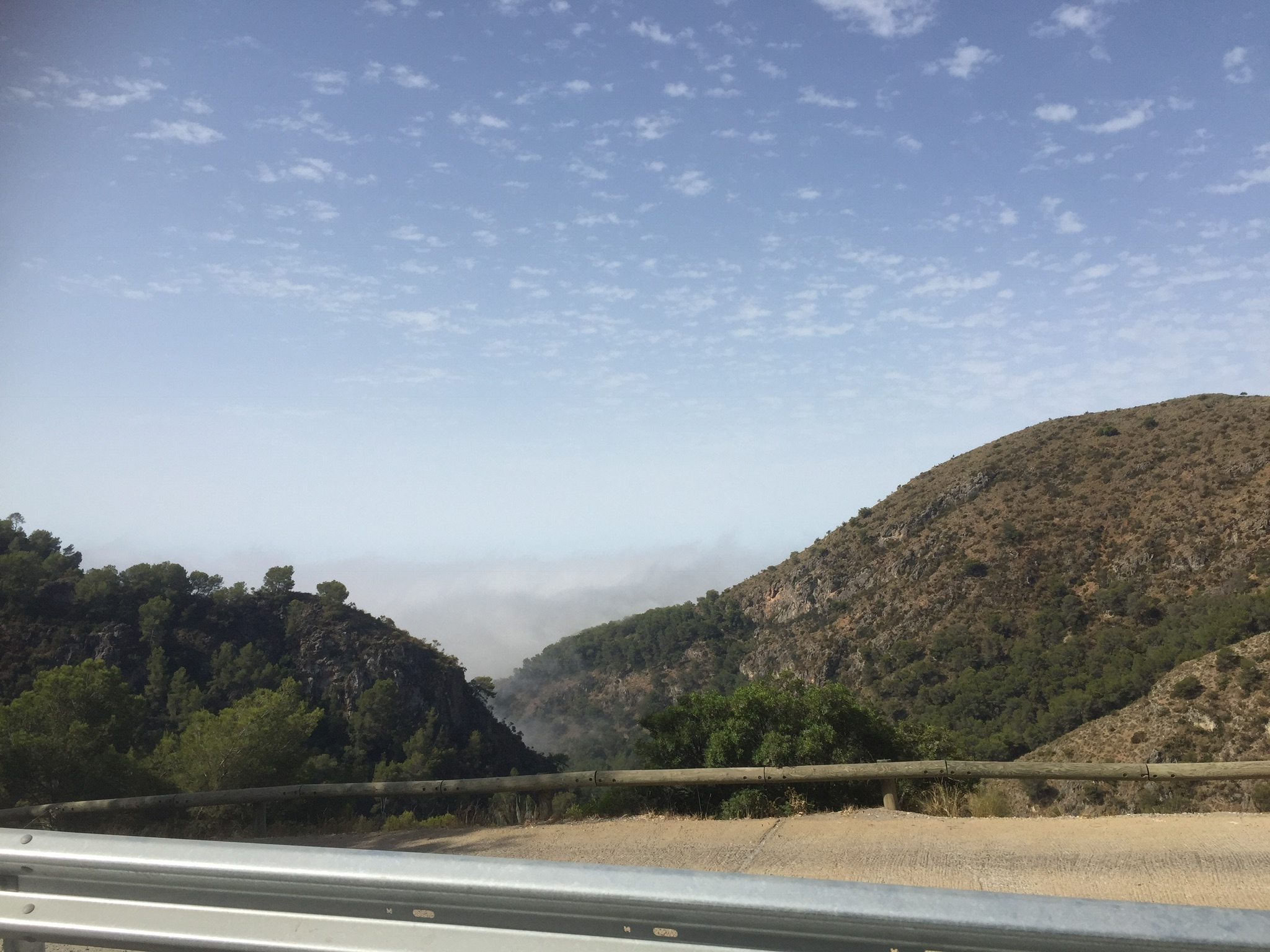 As we pass Malaga towards Nerja we try to find somewhere quiet for the night but the spot we choose is probably one of the busiest and noisest, scooters, cars and rowdy people walking past, so once again it’s another sleepless night. It’s a misty, foggy Nerja we leave this morning in search of somewhere quiet.

Due to a change in plans, we don’t actually go here but it’s somewhere we visited several times when we lived in Spain and I think it’s worth a mention.

Just north of Nerja, I think Frigilliana is probably one of the most picturesque villages on the Costa del Sol. It isn’t just the beautiful white-washed houses that I like it’s also the Miel De Cane, honey. It has been produced exclusively at the Nuestra Señora del Carmen Sugar Factory in Frigiliana for 75yrs.

There are endless dishes that you can accompany this delicious honey with, meat, desserts, on a slice of hot buttered toast or my favourite fried aubergine’s. Definitely worth a visit if you are ever in the area.

So as we say goodbye to the Costa del Sol and head towards the Costa Tropical passing through the pretty seaside resorts of La Herradura ( translates to horseshoe) the shape of the bay and Almuñecar.

Castell de Ferro is a  small fishing village with narrow, winding streets, which all lead to the main square, it has a few shops and bars but seems less busy than some of the other places we have been to.

We stay at a motorhome stop right on the beach run by a French couple. Once it’s cooler we have a walk along the seafront to get some tapas where we sit and watch the sunset.

Moving along to Costa Almeria its hard to believe that Fifty years ago, the land here was so barren that it was used to film ‘spaghetti westerns’ trying to replicate the look of American deserts. Now we are met with a sea of polythene which looks like a patchwork quilt that is consuming the land,  it goes on for miles. Used to grow fruit and vegetables, mainly tomatoes that end up on the tables in Britain and several other countries.

We make a short stop at Garrucha which offers a taste of traditional Spanish life and little light relief from all the polytunnels. Traditionally a fishing town famous for its large red prawns which are fished in local waters. From the quayside you can watch the fisherman offload their catch after a day at sea.

This town was originally called Baria and was located closer to the sea near Villaricos, when the Arab occupation took over they moved the town up the hill to Espiritu Santo, but a huge earthquake destroyed the area in 1518. Legend has it that when Queen Isabel climbed to the top of the hill she fired an arrow and ordered that Vera is rebuilt wherever the arrow landed.

We decide to stay here tonight even though a local man tells us we need to be careful, as there has been a spate of motorhomes getting broken into. After a quick swim in the sea we spend the rest of the evening sitting outside it’s too hot to do anything else. Apart from the bins being emptied at 2 in the morning, something we are now used to and the sound of the sea, It’s surprisingly a quiet night.

As we follow the coast road round not realising there is a nudist beach along this stretch, we are caught off guard by the naturist heading back to the beach with his French stick in his hand!! Thank goodness the site we are staying at requires you to keep your clothes on.

Los Alcazares is a former fishing village and home to Europe’s largest saltwater lagoon situated on the western side of the Mar Menor ( little sea ) in the province of Murcia.  In the evening when it’s cooler we cycle down to the seafront. It’s a pretty,  popular coastline that runs for miles and being a Friday evening its full of families taking a late swim or just having a stroll.

It’s also a location that as featured in several films one of them being the 2008 movie of Ernest Hemingway’s posthumous novel ‘The Garden of Eden’, starring Jack Huston, Richard E. Grant and Mena Suvari.

Thanks for reading my blog. Will try and upload more photos soon.

4 thoughts on “Hot in the Costas, Andalusia, Spain”