In search of the Black Forest 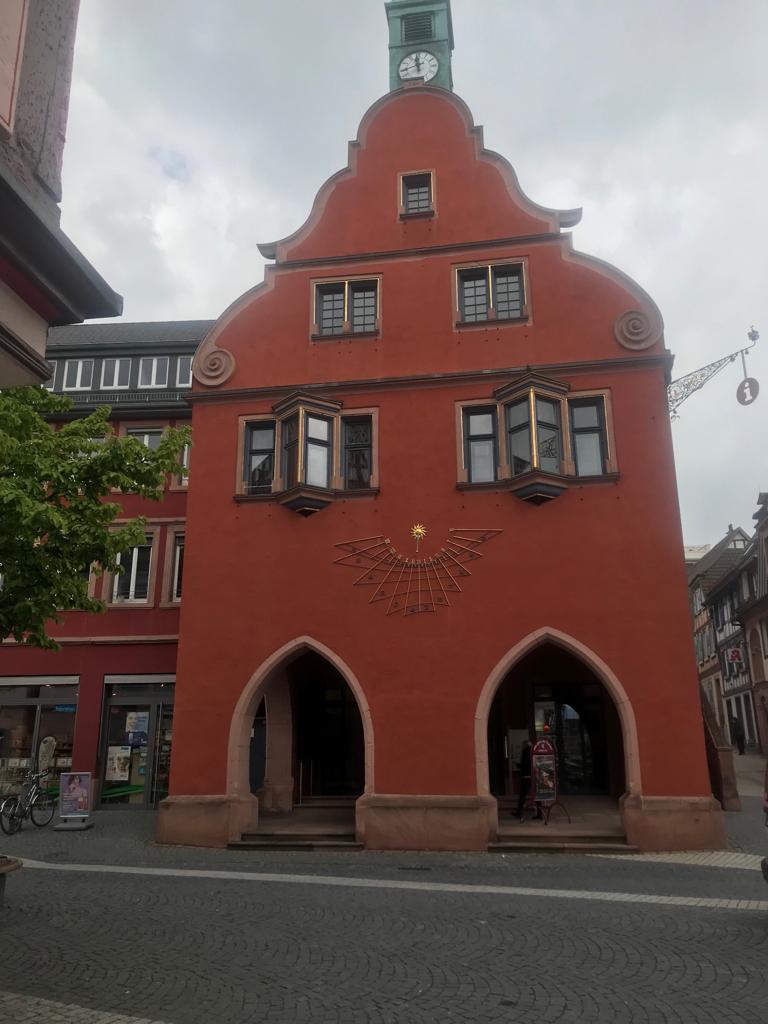 As we leave Luxembourg we head briefly back into France where the sun is shining but no sooner have we crossed the border into Germany it starts to rain.

The Black Forest (Schwarzwald) is a region in Baden-Württemberg in south-West Germany. It’s famous for its dense forests, picturesque villages, hiking trails, and thermal spa towns. It’s also the land of cuckoo clocks, chocolate cherry cake and large wooden farmsteads. Driving through the Schwarzwald’s dark conifer forests I understand why so many Brothers Grimm fairy tales were inspired by this corner of Germany.

Lahr is where we are aiming for but the weather just gets worse, so we spend the rest of the day inside. That night it rained heavily again, pounding the roof of the motorhome. The following morning we venture out for a walk around the streets of the old town where a portion of the medieval wall that once surrounded Lahr is preserved. It’s a charming little town on the edge of the Black Forest.

It’s nearly lunchtime when we leave Lahr, so we drive to the village of Haslach. It’s a pretty village with narrow streets and cobbled roads. We stop to have lunch at one of the pretty cafes.

Trying to find one of the Aires near Haslach we stumble upon the Vulkan memorial site. Constructed in July 1998 it is on the slopes of Urenwald near Haslach, it’s where over 1,700 men from 21 nations suffered and many died.

The monument of the Haslach artist Frieder Haser is the central point of the memorial site. Not sure about the aire here we move on passing green fields and meadows on the valley floor.

It’s here we come across the Sommerrodenbahn (Summer Toboggan run). As we drive into  the car park we can see people hurtling down the course. John is all for going on this, I on the other hand am not a fan of roller coasters but agree to have a go, how bad can it be there are small children having a go.

Seating our selves in the toboggan,John sits behind me, he is in control of the brake lever, this also controls how fast we go.

A lift system takes us to the top station, where the toboggan is released and off you we go. The 1150 m long track runs in spirals and tunnels, It feels as if we really might fly off the rail as we twist and turn our way down. I’m sure we are pretty secure really it’s just that John is balancing his phone on my shoulder to video, whilst braking which I’m sure at times he forgot to do. After lots of squealing (mostly me) and laughter we are down, it was great fun.

It’s now getting late and the weather is starting to turn again. We find an aire in Schonarch but before we set up we have to go back down the road 500 m to the hotel to pay, only to find the electric won’t work with the disc we have been given so theres no charging our phones tonight.

We are awake early, so once we are ready we drive down to Triberg. There are a few things that make this village popular to visit.

It is a small village that has a fairy land feel about it. Tiny shops with the large cuckoo clocks. In 1840, it was ravaged by fire it’s claimed since then every property now has a hose.

As we walk along the straight wide high street the huge waterfall is visible from the fare end of the town.

The day, of course, couldn’t end without trying a slice of Black Forest cake and a coffee in the famous Cafe Schaefer. The original recipe by Josef Keller, the inventor of the cake, has been passed down through family generations.

As we enter this unassuming cafe that as been here since 1867 it has an olé world e feel about it.

Unfortunately the two ladies serving aren’t the friendliest, but we are here for the cake, so we take a seat. Freshly made every day with plump cherries soaked in Kirsch (good job I’m not driving), light chocolate sponge and whipped cream it’s bursting with flavour, absolutely delicious it’s worth the €3.80.

A walk back up the hill and for the moment it has stopped raining but it’s windy and cold. Moving on to Titisee we have to park on the outskirts and walk in. The fresh water lake is one of the attractions here it’s a beautiful area with lots going on. Next to the lake is the charming village with shops, bars and stalls cooking onions, potatoes and German sausage the smell is just to tempting we had to try some.

As we leave Titisee it starts to snow so not wanting to drive much further we stop at The Wilderman Inn in Hofen it’s listed as a motorhome stop. Once a pub they only cater for parties now and apparently they have one tonight, but we are welcome to stay in the car park. Not long after 2pm guests start to arrive each one bringing their own instrument. We spend the evening huddled up inside watching the snow start to lay listing to the shenanigans from the next door.

It’s been a cold, cold night, the snow as melted around us but it is still visible on the mountains in the distance. We decide to visit Freiburg before heading back into France where we are hoping it’s warmer.

We park up in a side street and walk towards the town, stumbling upon an over grown cemetery. The gravestones range from simple and modest to detailed sculptures. Some are crumbling and covered in moss whilst others are in pristine condition. It appears that the locals enjoy the cemetery as a park as there’s people walking their dogs and or just out for a stroll. It’s a rather spooky place but apparently it’s one of Freiburgs tourist attractions.

Freiburg is a charming medieval old town and a dynamic café culture, It seems to balance the old and the new well. Narrow water-filled rills (Bächle) run through the city centre. Originally built for prevention of fires, In summer apparently, children and dogs dip their feet and play in these waterways.

Our first trip to Germany as been interesting, it feels like it as a life of its own. The Black Forest region as lots of fallen trees piled high, greenery that seems to dominate every rocky terrace and narrow paths that snake through the area in a mysterious pattern that eventually leads you to traditional coloured, thatched roofed houses and tempting places to eat. It’s definitely somewhere we hope to return to.

2 thoughts on “In search of the Black Forest”