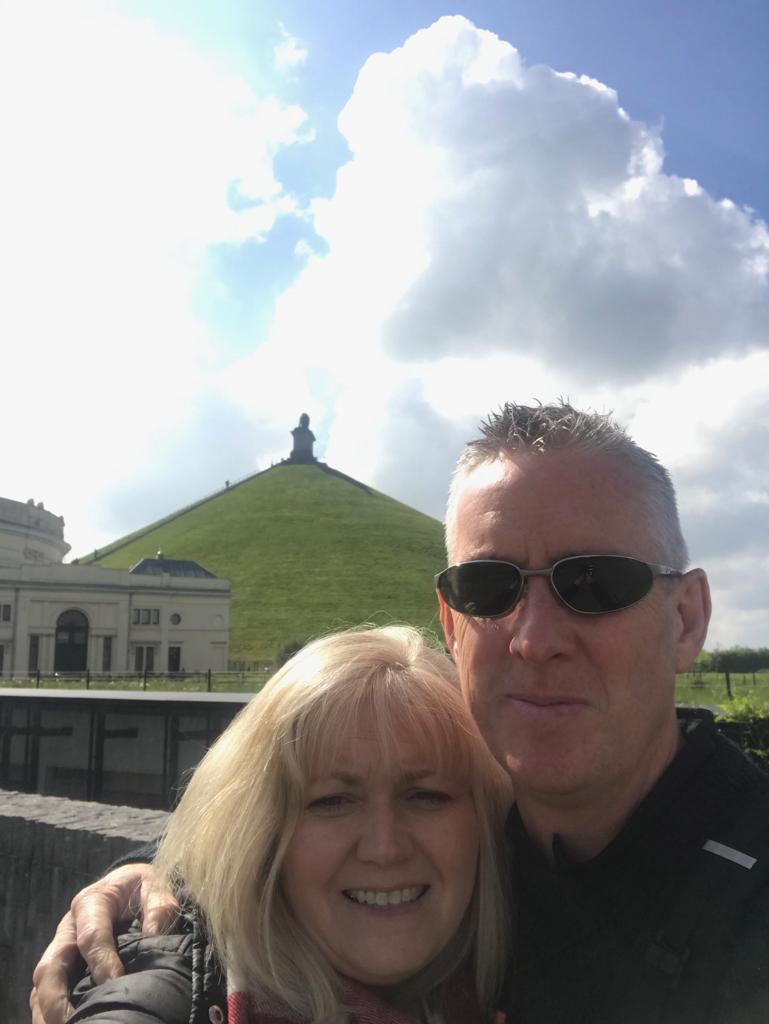 So as we cross the border back into Belgium it’s windy but the sun is shining. Temse is our first stop it’s a small town on the left side of the river Scheldt. Being a Sunday most of the places are closed.

I wouldn’t say this is a touristy area but the bridge is interesting. Built-in 1870 and designed by Gustave Eiffel the architect of the Paris Eiffel Tower. Damaged during the war it is now overshadowed by a new bridge.

In search of somewhere to stay, we drive to Goovik. It’s a small village in the middle of nowhere, the first aire we come across looks ok but there have been reports of problems with the local children, so we move further up the road to another one that the camper contact app is directing us to.

It appears to be someone’s drive, thinking it’s the wrong place we carry on but realising there is no other aire for miles we go back for a second look. As we gingerly pull onto the drive and park up an old chap from the building next to us comes out. Waves has a pee in the hedge, lights a fag and watches us. John gets out to talk to him, keeping his hands in his pockets he’s not keen on shaking his hand!

After a few hand gestures, it turns out to be a private aire owned by people that have a motorhome. It’s free but no services, anyway it’s safe, quiet and the owners are friendly. Apart from the old chap coming out for a fag and pee it’s a peaceful evening.

Next morning it looks like it’s going to be a nice day, and with our hosts waving us off, we leave for Waterloo we want to make the most of it being a nice day.

The town of Waterloo looks a fair size as we drive through it but we decide to carry on to where the battle was fought. Just 2 kilometres outside of the town is the large Lion mound monument

constructed from the earth taken from the battlefield itself.

Before we reach the mound we enter the underground museum taking you through every stage of the war that took place on Sunday 18th June 1815. Museums aren’t normally my thing but John wanted to go to this one and I’m pleased we did.

We are both given an audio set to listen which gives us the full history of the war has we walk through the museum passing reconstructions and amazing displays. Near the end of the tour is a 4D film. We enter the cinema with and stand with about 30 other people. The lights go out and we are suddenly ON the battlefield, the ranks surge past us, you see men fall, shrapnel, high explosives and the Calvary thunder past. Obviously, real war is much worse BUT this captures something, the dead, the wounded and the ones still fighting. It gives you an awareness of what it might have been like at that time.

Back outside in the fresh air, the sun is trying to come out as we head for the steep mound.

It’s rather a challenging climb up all of the 226 steps, it isn’t for the faint-hearted. Once at the top the of the conical sloped hill it offers a panoramic view across the battlefield.

It’s been an interesting morning and good to get out and have a walk. Back at the motorhome, we have lunch before moving.

There is a site in Numar where we had planned to stay but when we realise how big the town is we are pleased the road works make it impossible to get to, so we carry on.

We finally stop off at a private campsite just of the N4 on the outskirts of Hogue.

It’s a very basic site, all be it a little run down,  and in need of some TLC but has great potential. It’s not long before the owner who also looks a little disshelved comes to find us.

We have a wander around the site there are only a few motorhomes and some static vans across the bridge. With chopped down trees, piles of logs and unkept grass it looks like jobs are started but never finished.

Next morning we pack up, it’s time for us to leave this charming, friendly country that’s full of history, it’s somewhere we will definitely return to.