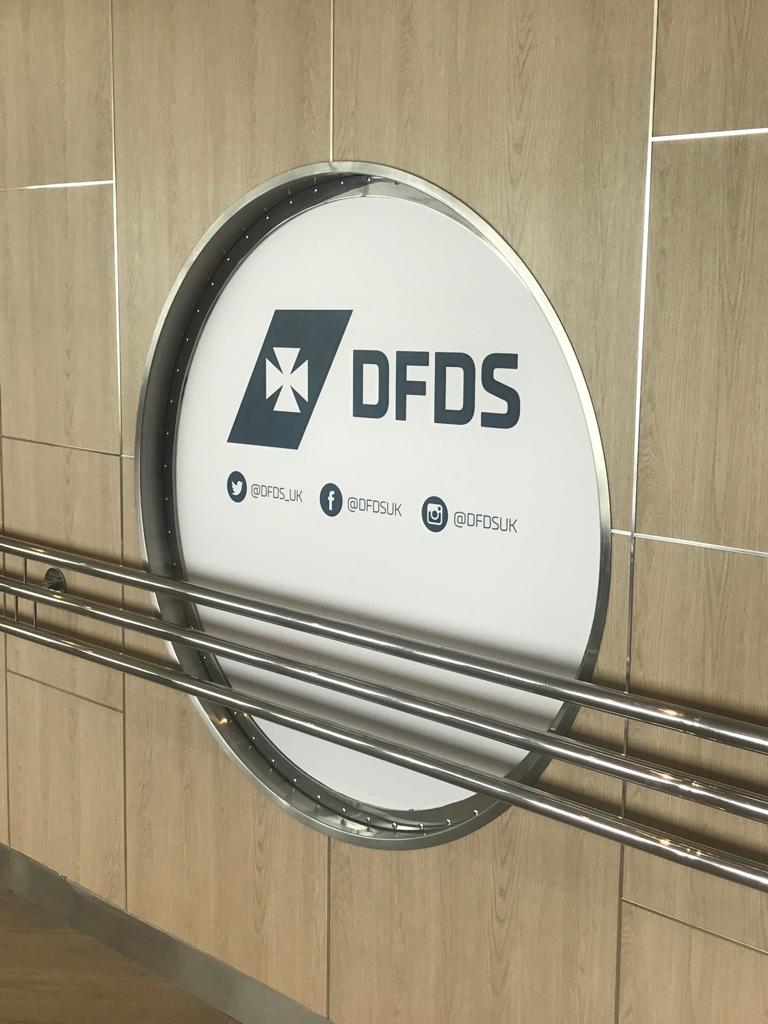 So today’s the day we are setting off again and I’m sure John is taking less clothing than last time. I think he as forgot about the bad weather and trying to get the washing done, let’s see how long his socks and pants last this time. Fully stocked with the essentials we found to be expensive in France last time and a quick stop off in Folkestone to buy new Aire books we head to the ferry.

We have decided to sail from Dover to Dunkirk with DFDS ferries this time. It’s not long after checking in when we start to embark. Even though it was a cold windy day it’s a relatively calm crossing.

The ship its self offers a few different activities, a gift shop, a large amount of seating and dining areas.

We find somewhere to eat lunch. It’s been a busy few days saying goodbye to family, Easter egg hunt for Amelia, one last afternoon tea with friends and getting the last few things sorted, so it’s a chance to sit and relax whilst drifting over the waves.

It’s late afternoon when we dock and with no definite route planned we decide to head for Bergues in the North of France.

Nicknamed the “Other Bruges of Flanders” it’s a pretty little town that has gained notoriety in recent years thanks to the 2007 movie “Welcome to the Sticks” (Bienvenue chez les Ch’tis) produced by Dany Boon.

Surrounded by the remaining ramparts and canals that run through the town, evidence that they once helped defend the town hundreds of years ago.

We enter this fortified Vauban designed town through some fascinating gates passing some of its 16th-century properties it has remained an attractive town full of character with its fine Flemish-style houses.

As we enter the square there’s a rather large statue outside of the town hall, due to most places being closed we are unable to find out who he is, but it feels like his eyes are following you!

Across the square is the Belfry which is visible from every part of the town it is a real landmark. I believe it was rebuilt by local people after it was destroyed by the departing Nazi soldiers during WW2.

We have enjoyed walking around this welcoming little town but it’s turning cold so we head back to the motorhome. We are parked just outside of the walled town along with about 8 other motor homes and apart from the rain, it’s a quiet night.

The following morning the sun is shining and as we are so close to Belgium border this is where we head.